A recent study reported by Reuters and Marketing Pilgrim, showed that “78 percent of 2,698 people reporting an increase in rudeness online with people having no qualms about being less polite virtually than in person.” The above infographic shows more factoids from the study.

Generally, the free nature of commenting empowers people to say anything, and they do so without consideration. There’s no real consequence for this other than loss of friends, but as you scale followers, you can replace friends, right? So why bother?

Well, there’s several reasons, but first, let me offer a suggestion. Pick your battles. Saying nothing says as much if not more than saying everything.

I’m not saying ignore outright wrongs. I am not ignoring what happened last week online, not just with Guy Kawasaki’s trip to the social media gallows, but the general nastiness of social media experts last week. Heck, that’s why I wrote this post.

But sometimes pausing before pressing “enter” makes a big difference, particularly when we are angry.

Some Thoughts on Last Week 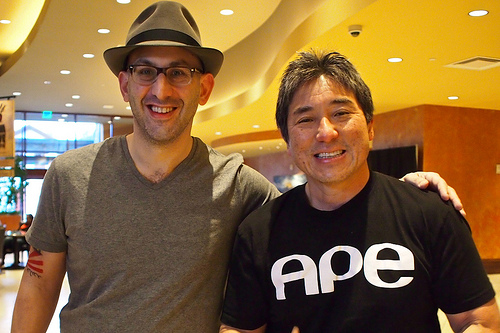 Like many people, I’ve met Guy Kawasaki at a conference

The Boston Marathon Bombing brought out the best in people, as well as the worst. Oddly, beyond the normal strained fluctuations in online remarks during a traumatic public situation, the marketing sector suffered several real negative spats.

Frankly, I ignored them and kept scheduling tweets through the week (albeit mindful of the topic). Here’s why… I lived in DC during 9-11, and absolutely refuse to change my day-to-day life because of a terrorist attack. I will not yield on that. Ever.

Still once you turned off the self-appointed bosses, it was a good conversation about acceptable norms with tweeting during crisis. Social media has and always will be about conversations in spite of automation, corporate content marketing, and yes, supposed experts who take authoritative opining too seriously.

And then there’s the virtual abuse Kawasaki suffered last week for a bad response to a criticism vetted during the Boston Marathon crisis (Kawasaki had auto tweeted an unfortunate positive Marathon tweet after the bombing). It was like watching children suddenly turn on Mr. Rogers and stone him in the virtual streets.

I interviewed Seth Godin in 2007 and he said, “I’m fascinated by how self-destructive the core of the internet geek community is, trashing their favorites after weeks or months.” How right he was.

We watched social media experts filet Guy Kawasaki for a temper snap in the midst of the first major act of terrorism on American soil in 12 years. Here’s a man they worshipped for years; seeking his attention, putting Alltop badges on their blogs, clamoring for pictures with him at conferences, and generally treating him like social media royalty.

The Kawasaki tweet stoning reminded me of the dongle incident last month, which caused Mark Schaefer to aptly point out that we live in a world with no room for error.

Are we seriously going to tar and feather this man for a tweet under duress, and erase his entire body of work? No thank you. I want to personally thank Guy for his latest book, APE: Author, Publisher, Entrepreneur, a very useful text for authors.

Criticize the act, but calling people douchebag, assassinating character, and all the other names and accusations that got thrown at Guy directly, on blogs and in comments last week is just wrong.

Frankly, we all screw up online. Perhaps instead of public shaming, we can grant each other the dignity of getting up, brushing off the dust, and getting back to it. Particularly when people are under the duress of a public crisis like last week’s events. Part of civility is forgiveness. If it’s that bad, unfollow. 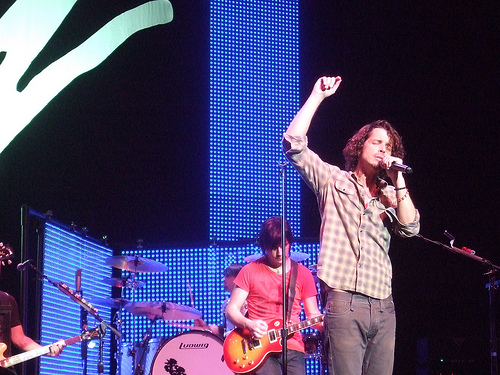 If we play adult games, we pay adult prices. Believe me, having acted like a jerk enough times, I’ve learned this firsthand.

I realize in difficulties caused by my own actions, the people who talk to me again today simply wanted respect from me, a commitment to treat them with decency. Once I cleaned up my act, publicly committed to not harm or embarrass people by name, and walked the talk for a while, things improved.

Consider the use of social media to interact rather than simply picking up the phone. Jay Baer wonderfully summed this up with his post on social media and smartphones, which said people are increasingly nasty, saying things online rather than talking to you or your company. Says Jay critically, “Why go through the emotional toil of calling someone out face-to-face when we can hide behind our avatars and mobile devices?”

It’s common to see people resort to the keyboard via social networks and post rather than have interactions with real people.

This is not a social media phenomena. The hard rock band Audioslave found out that front man Chris Cornell left the group via press release. They still haven’t talked.

I’ve been Audioslaved via social media. LOL! In fact, I was informed by blog post, quite insulting! Yeah.

In DC, agencies and companies recruit each other’s clients and employees away all the time. Usually, a phone call or at a minimum an email between principles occurs before the deal becomes public, a common courtesy, an act of respect. If that call doesn’t happen, it usually signals war and then the real competition begins.

So are these issues black and white? No, most people don’t intend to declare war; they vent, or fear having a direct conversation, or simply think it’s not that important (if they think at all).

Sustainable business relationships need more than transactions, and must also include respect, decency and civility if not friendship. Why should anyone conduct business with people who can’t pick up the phone or send a courtesy email? Or maybe in today’s world, the right protocol is to send a “heads-up” DM or text message in advance.

Earlier this year, I let two friends go on behalf of a client. I called or talked directly to them both, and while neither was happy, both of those relationships are in place today because I invested the 15 minutes to just talk to them. 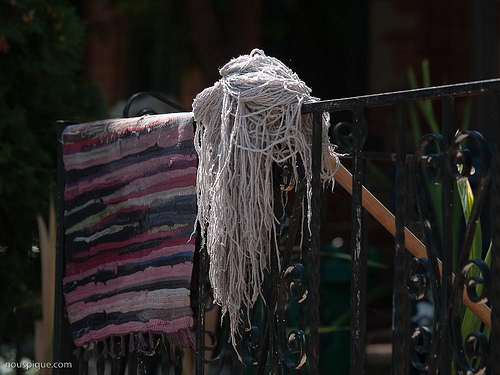 Decency in the face of difficult decisions, tough times and disagreements on or off line is a small price to pay for continuing relationships and good will.

Generally, we see that conversations and decency are devolving as a result of social media. The quick payoff of likes, comments, and the resulting endorphine rush feeds snarky and Minnesota Nice postings. As time progresses such acts may only yield short-sighted gains in the business context.

I predict a backlash with real consequences.

New norms will evolve, again perhaps a heads-up text message instead of a phone call. Shredding each other online causes less opportunity. It’s reminiscent of bad email flame war behavior in the 90s. You just don’t get that promotion or deal.

While we touch thousands, we can only invest time in hundreds in any given week. Investing real time in family, friends and colleagues is an even more significant commitment.

People will demand respect, or they will simply walk. As a result, civility will rise again.

I can’t tell you what to do in the face of this trend. Perhaps, it’s time to clean up our conversations online, and consider how we’re impacting the world. God forbid if we think before speaking.

The floor is yours. 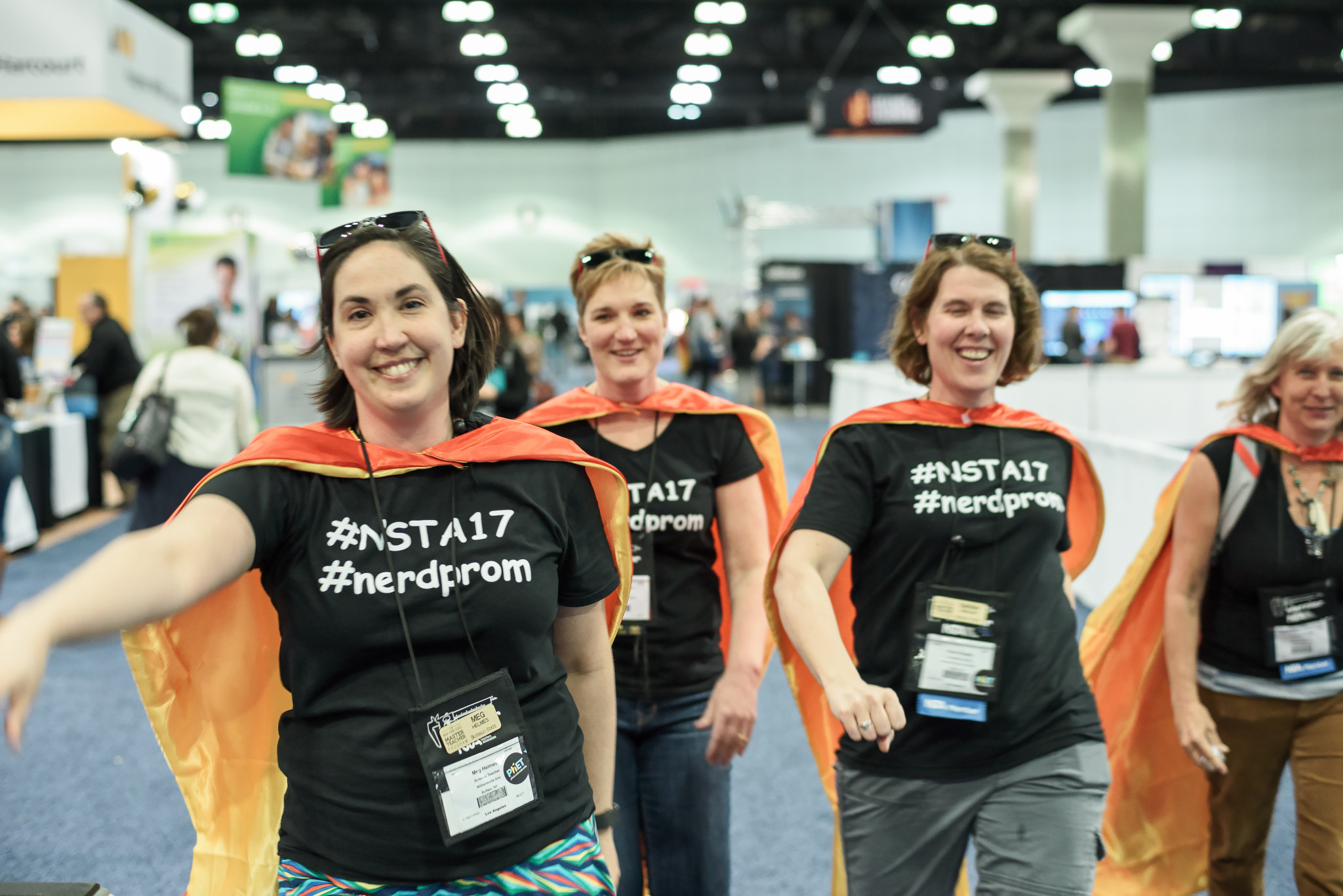 A New Found Respect for Teachers