The world of social media allows pundits, citizens and even the neighborhood traffic cop to position themselves as an expert. Often, experts can claim authority, write manifestos and command attention, even though their thoughts are based on opinion rather than fact. Social media enables virtual gurus. 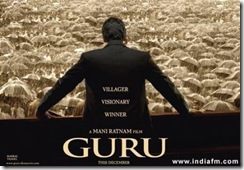 In many ways, this aspect of social media makes it an attractive communications option for business. They can discuss matters with their stakeholders directly and leverage their subject matter expertise to build value. Consider that Bob Lutz started GM’s Fastlane blog so he could cut out the media and talk directly to consumers.

At the same time, businesses who are beginning to explore social media forms and possible consultants will find many vapor gurus. For example yesterday, Chip Griffin stated that blogs don’t need RSS to be successful. Or that you don’t need comments to make a blog. In that case, publish a web 1.0 newsletter on your web site.

A blog without an RSS feed limits itself from potential viral activity and long-term growth. It’s a foolish marketing move to publish without providing as many distribution mechanisms as possible. Otherwise an organization loses the ability to update customers in a form they want. Consider how Cisco has seen a nine times increase in PR readership using RSS.

On the comments front, Griffin cites Marc Andressen’s blog as an example. Others use Seth Godin. Both of these figures are national celebrities who command attention by simply saying something. Nowhere in Griffin’s comments discussion does he offer an example of a small to medium or even a large corporate social media initiative that’s been successful without comments. Just the rock stars.

More than ever vapor gurus stress the need to deliver cases studies and real world examples to back opinions up. Chip’s column sparked great discussion, but there were no examples of everyday companies who have had great successes using his suggestions. His suggestions may be correct or demonstrate that there is no black or white truths (just shades of gray), but where are the proof points? For the record, Chip has Fortune 500 experience and says he will back his post up with examples. We look forward to it.

Businesses who don’t want to be perceived or challenged as a vapor guru need to back their manifestos and opinions up with facts. This is no different than traditional marketing or public relations, which should use a healthy dose of case studies to build credibility.

In addition, businesses considering social media consultants should demand to see actual real world experiences and successes. Perhaps that was the greatest aspect of last week’s B.L. Ochman column about discerning the real consultant from the vapor guru. In that column, B.L. published links to several case studies, which she has graciously agreed to allow us to republish here.

These case studies will be added to the Case Studies tab on Now Is Gone over the weekend (Thanks, B.L.):

o Hugh Macleod at gapingvoid has done a spectacular job of marketing Stormhoek wine entirely through blogs and social networking.

o Crispin Porter, who created phenomenal, viral Subservient Chicken for Burger King, but who never did anything as successful, clever or interesting since.

The site has garnered about 14 million unique visitors and 396 million hits to date. It went viral in a matter of hours, simply being emailed to a few friends, who sent it to a few friends, etc. etc. Adweek has a case study here

o ITToolbox, who’ve grown their social network for IT professionals into multi-million business with more than $8 million in ad sales.
o Brains on Fire, who created the Fiskateers for Fiskars, who make crafting tools. Branded mentions of Fiskars products are up more than 400% on a per-week basis since the program began. The program, which now has more than 1,200 members has successfully de-commoditized Fiskars tools and made crafters value them beyond price.

o B.L. Ochman (hey, this is no place for modesty.) I’ve created the first Up Your Budget Treasure Hunt for Budget Car Rental in 2005, the first ever blog-based viral marketing campaign, promoted entirely through bloggers and blog advertising – with no traditional marketing whatsoever.

The results: one million unique visits to the site, 2,000 registered treasure hunters, and over 10 million page views in only four weeks. The clue videos were downloaded a total 43,000 times. There were 19.9 million blog advertising impressions at an average cost of 33 cents (Compared to $1.62 per click on AOL Instant Messenger).

Since then, campaigns BL Ochman & Company have created for clients include:
o Ethics Crisis, where visitors can anonymously confess the most unethical thing they ever did in business and be rated by other readers;
o Clutter Control Freak Blog for stacksandstacks.com, which achieved 1,500 daily uniques within a month of launch;
o Wife in the Fast Lane, a contest for Simon & Schuster author Karen Quinn;
o a blog advertising campaign for American Greetings that achieved clickthru rates as high as 5.7%
o and a soon-to-be-launched how-to blog for a Fortune 1000 fiber maker.

o Oddcast, who’ve produced the wonderful Monk-e-mail for careerbuilder.com, and who recycles their technology into a variety of effective interactive campaigns for a variety of clients.

P.S. Both Now Is Gone and the reviews tab have case studies for my company and personal experiences.

P.S.S. I do not see myself as a guru, and noted this in a recent post on the Buzz Bin.