Three Ways to Use Social Media for HR Needs 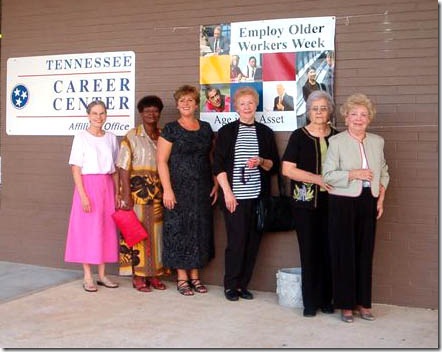 Like every other aspect of business communications, the new trend we see is the incredible impact social media is making on human resources outreach. There are three main thrusts to this trend (image credit: seniorserviceamerica):

1) Searching candidates history has been a controversial topic. While Google (and other search engines) can reveal a lot about a person, some cultures and conservative legal teams are rejecting this kind of intelligence as transgressing boundaries.  But around the country background checks are considered legal.

SMB Finance magazine recommends online checks as a way to avoid fraud from potential employees. In addition to formal services, employers often use Google, Facebook and other applications to determine character.  Strange college incidents, cursing, personality attacks and other negative comments can really hurt someone’s ability to successfully integrate into a culture, especially if those searches become public knowledge in a company.

2) Blogs and social networks have turned into fantastic recruiting mechanisms, demonstrating some of the exciting activities a company can offer potential candidates.  One of my local partners and friends, Brian Williams at Viget Labs, always says one of the biggest benefits of Four Labs is its ability to attract great talent. In Great Britain there’s a new site called Vlog, which allows employers to video blog their site.

LinkedIn has become its own art for both companies recruiting and job seekers alike.  LinkedIn in has great potential to be a hyper-local recruiting tool. Facebook seems to have become a millennial version of LinkedIn, a necessary place to fine entry level talent.

Another aspect of this specific trend is the use of social media by end users to find and locate new jobs. Increasingly, savvy people use social networking to get themselves in front of potential employers.

3) At the same time, social media reputation management becomes increasingly important for companies who must be ready to deal with disgruntled and former employees that use blogs and other social media outlets to attack and criticize the company.  Consider how rapper/media mogul Jay Z’s 40/40 club in Las Vegas has garnered a bad reputation for abusing its employees. Or Shell Oil’s treatment of its North Sea workers.

It’s essential for companies to build monitoring programs so they don’t get blind sided by such events.While legal action may be the obvious recourse, blogs can be great mechanisms to counter disgruntled employees and tell your side of the story. Further, a blogger can provide a voice of reason in other blog’s comment sections, while not attacking said employee, the company’s policy and position can be equally represented.