A Time of Advocacy

It’s funny how things will bring you full circle. Last Sunday night my neighborhood almost got flooded with the severe rains that hit the Washington region. As EMS personnel enacted a voluntary evacuation (I stayed), I talked with my neighbors and collectively we had great fear.

We had been through this before in 2006. The catastrophic results were just unbelievable, affecting 150 homes in my neighborhood. My wife and I were just devastated, fighting and destroyed, probably clinically depressed. We sustained tens of thousands of dollars in damages. The business was in shambles.

It quickly became apparent that the flood was a result of over-development and neglect, compliments of Fairfax County and VDoT. Both organizations did their best to shun responsibility, but the neighborhood knew. We were gentrifying folks who were probably too poor to be taken seriously by uber-rich Fairfax County. 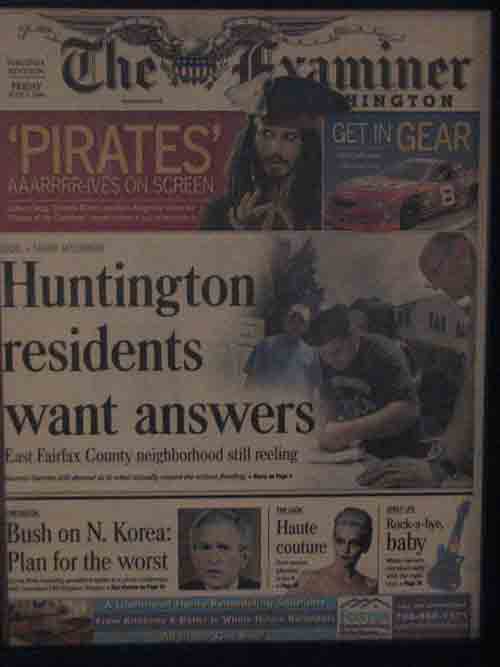 So I used my powers for good. I actively petitioned the community. See above cover of the Washington Examiner. That’s me getting people to sign a petition to Governor Kaine. What was then the Buzz Bin was used for media relations and community updates to fight for the Huntington neighborhood. I found a nationally recognized law firm that handled the Three Mile Island and Valdez class action suits to represent us on contingency.

This time of advocacy yielded fruit. Today I received my papers for the class-action suit. My neighborhood is going to take Fairfax County and VDoT to task for their actions over the past 35 years, and I am the lead plaintiff. Wow.

Similarly, two years ago I started my company because I was real fed up working for dishonest crap PR firms (not including Widmeyer, which is an awesome organization). I got tired of pettiness in the business, and nasty back stabbing.

Today, I think about the drama that ensued in the blogosphere compliments of the latest PR people suck meme started by Trapani. All I know is nasty actions hurt people.

Over what? What are we doing? Is this really what I got into social media for? Personally, I am just disgusted by all of it. All of it. Both us, the PR people shilling for long tail hits about crap, and mean cranky bloggers who think hiding behind a keyboard with a decent Technorati ranking is a license to act like jerks.

It’s all bullshit. I mean this is a real waste of time, you know?

Think about what we achieved in Huntington, what other great people try to do with their blogs, social media, resources and time. There are better things to do.

One of the things we are doing at my company — in great part because of the leadership and hopes of evange.LIST Qui Diaz — is building a formal non-profit practice. We already had some clients and leads, and now we are making great strides. I hope, I believe we will succeed. That would be good because I really don’t care that much for the current conversation. My powers can be used for greater things.