Finally after almost twenty years I am going to see one of my favorite bands EVAH! Yup, Rage Against the Machine.

For my birthday, I bought tickets to Lollapalooza 2008. Rage is one of the headliners. Old motorcycle buddy Tony Rinker will be joining me for madness and mayhem in Chicago on August 1-3. Side bennies, a phenomenal line up that includes Radiohead and Nine Inch Nails. This is actually Rage’s second Lollapalooza (1993). 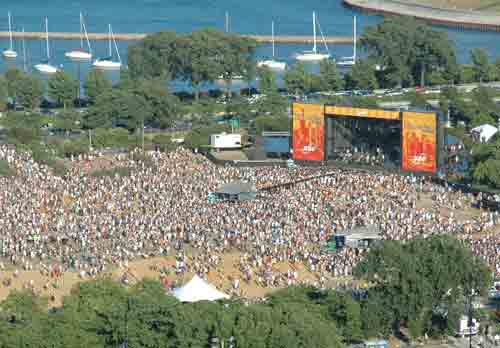 This one is so important to me, I actually have it listed as #58 on my 101 Things I Want to Do Before I Die list.

In the interim, I got treated to two fricking phenomenal Audioslave shows. Audioslave is basically RATM with Soundgarden’s Chris Cornell as the front man. Audioslave was probably one of the top 20 bands I have ever seen (I’ve seen hundreds). Clearly, this was just an appetizer.