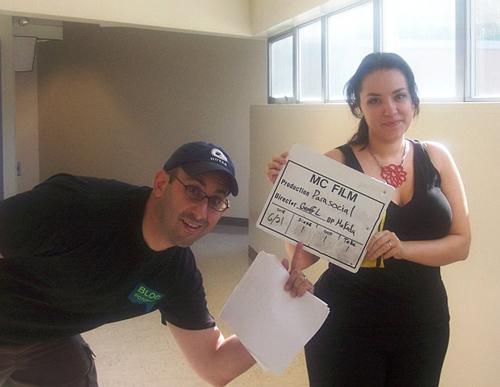 Filming Parasocial was a blast. The actual shoot was great, and I got to see how your script gets adjusted to the physical scene’s limitations, as well as the actor and actress’s physical bodies and capabilities.

All in all, the actual script dialogue didn’t change much, but because Dwayne and Jodi (in picture below filming the bedroom scene) were pros they had an easier job communicating some of the physical actions in the movie, and the script got altered. In most cases, they were much subtler than the script. 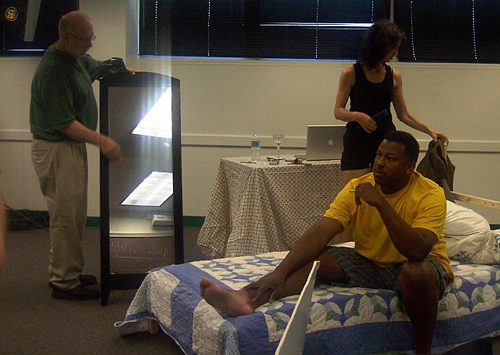 I also got to support some of my colleagues, and serve as camera man, a boom mike person, a gaffer (see photo below setting up green screen) and a slate person. Very educational and helpful. All in all the AFI class has been highly valuable, and I’m thrilled I took it.

This weekend we’re editing, so I’m on the hunt for royalty free music to make this thing go to the next level. You’ll probably see the movie as Monday’s Buzz Bin post. We’re going to run an accompanying, yet unrelated interview next Thursday from Director Tom. 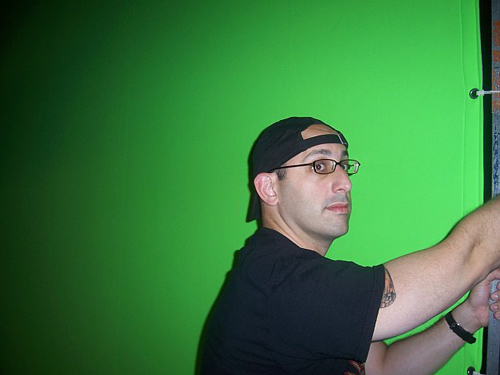