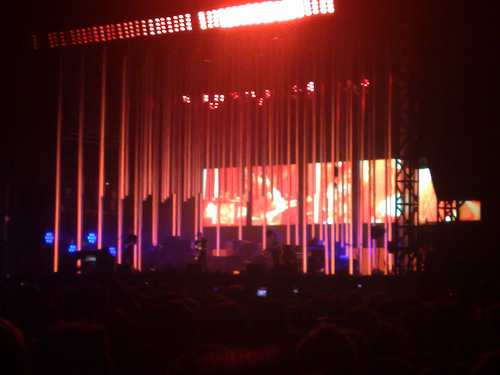 Radiohead is one of those bands that seems to defy finite descriptions. Alternative, yes? psychwdelic? Yes. Classicly trained musicians? Yes. Some more for you after last night’s performance: Loud? No. Beautiful and touching? Yes! Uncompromising? Yes.

Radihead didn’t kick ass (picture above). They demonstrated to an uncultured mass of alternative rock lovers what real music was. They did not play uber hits Creep or High and Dry. Instead they played their artistic blend of orchestrated rock and jazz rhythm with alternative flairs.

These guys are Incredible Performers. I’d say you got a Radiohead event, not a concert. THe light show was so well choreographied. And in the middle of it, real Fourth of July caliber fireworks complimented the show in the distance behind the stage. This occurred while they played the rather melancholy Fake Plastic Trees, and these lyrics:

She tastes like the real thing
My fake plastic love
But I can’t help the feeling
I could blow through the ceiling
If I just turn and run
And it wears me out, it wears me out

And that my friends is Radiohead. They make you think and appreciate. Unbelievably good, one of the top ten concerts I’ve ever been to, and I’ve been to well over a hundred. I hope to see Radiohead next time they come to DC. 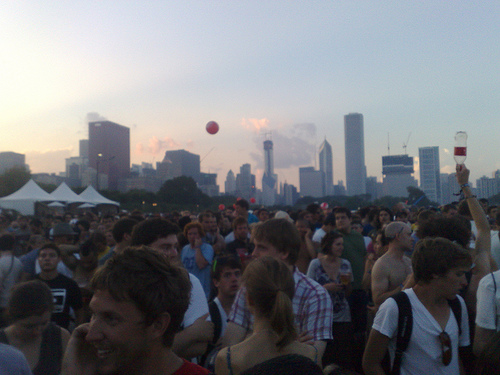 The show was overall outstanding. I loved Perry’s stage (named after Jane’s Addiction Frontman and Lollapalooza creator Perry Farrell), which featured DJs. I happened upon Million $ Mano (see below), who was ripping up Bel Biv DeVoe’s Poison and actually making it into a good song. 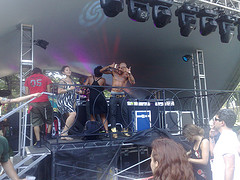 In addition The Black Keys were outstanding.  They had some nice riffs, and were pretty incredible for a two person band.  On the other hand, Bloc Party sucked ass. They just didn’t have any soul and reminded me of a bad version of the Cure.

More Lollapalooza today, including Rage Against the Machine, The Toadies, The Battles, Does It Offend You? (DJ), and Perry Farrell. You can see my full Lollapalooza photo set here. Will try to add more, and I am also going to try to live tweet Rage tonight.