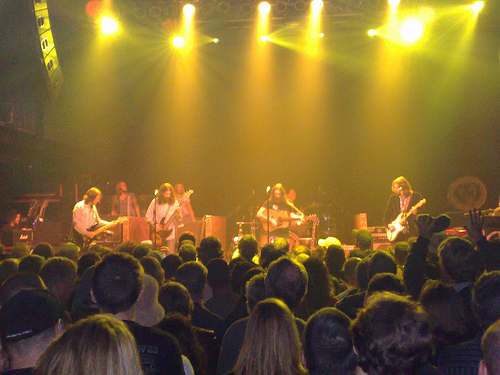 The Black Crowes came to the legendary 9:30 club tonight, and delivered an outstanding performance. Known as a jam band with southern flair, they delivered a workmanlike performance.

Their music was tight, their seasoned approach strong. Overall, I thought they did an outstanding job. Like Radiohead last summer, the Crowes showed a very strong melodic balance and also avoided playing too much of their early music, which vaunted them into the music scene, but at the same time is probably too simplistic for the more mature band in its current incarnation. 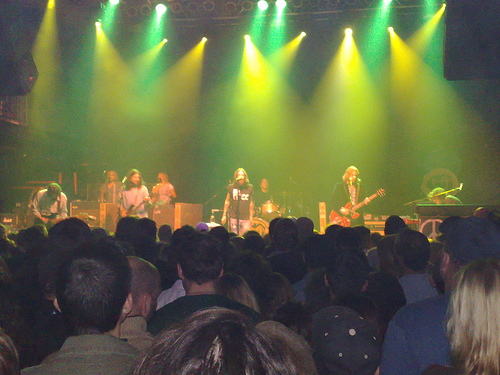 That’s where the similarities end. The Crowes have a strong southern flair to them, with lots of outstanding slide guitar. There were moments with great long jams and dueling guitars. And the 9:30 club was really the ideal venue to see this band. It allowed them to thrive in an intimate setting.

Perhaps most impressive was the way the Crowes played as an 8 person band rather than a vehicle for two famous Robinson brothers. It was clear the music superseded egos with the reunited band.