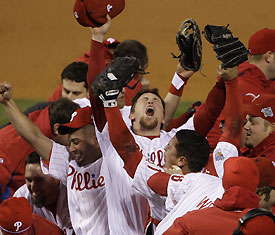 The team of my youth won their second world series title in 125 years of existence and the second in my lifetime. The Phillies have won the world series!

Congratulations to all of my friends and family in Philadelphia! They were literally screaming with joy when I called them last night. Even though I root for the Nats now, I could not help but fall into my old ways and root passionately for my team of yore these past weeks.

This win reminded me of 1980 when the Phillies won it. And in ’83 when I went to game four of the losing series against the Orioles, and saw my team crushed. Of 82 when at the Vet I saw Ozzie Virgil hit a homer and power the Phils to a tied up the playoff series against the Expos, then lose game 5 in Montreal. Yes, those Phillies of Rose, Schmidt, Boone, Carlton, McGraw, McBride, Maddox, Bowa, Trillo, and role players like Perez, Morgan, Denny, McCarver and Matthews. 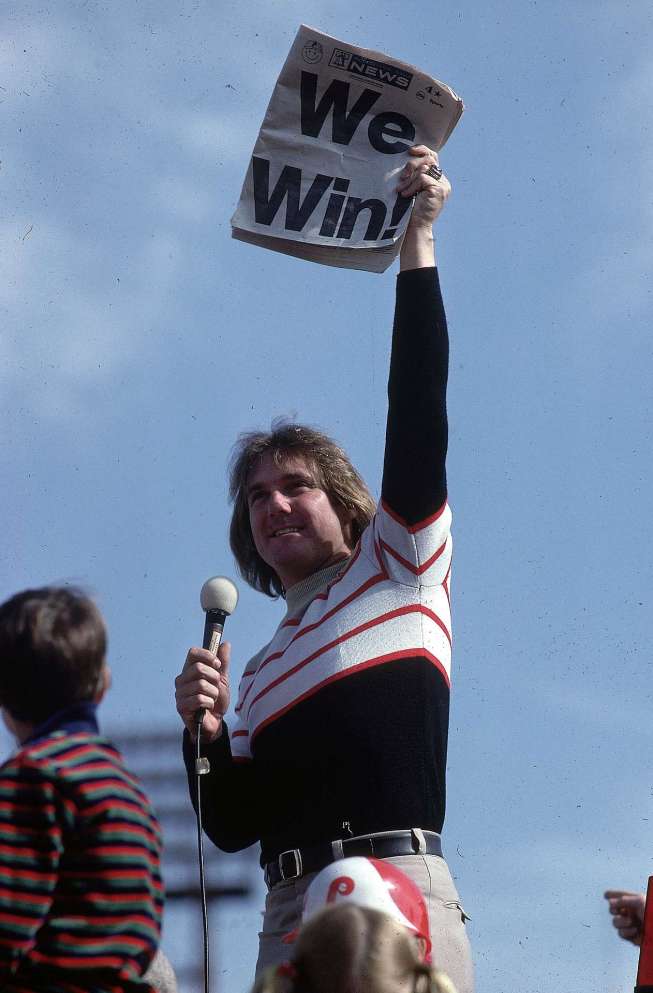 My dad was managing editor of the Philadelphia Daily News back then and I was privy to many games at first base side. He literally helped choose the We Win headline in 1980 in the wee hours of the morning! How fortunate I was back then.

Then when I was in college the Phillies where terrible, but their red neck, mullett wearing team of ’93 — John Kruk, Dykstra, Daulton and Schilling — powered their way miraculously to the 93 series. Then Mitch WIlliams committed atrocity and blew it all for them.