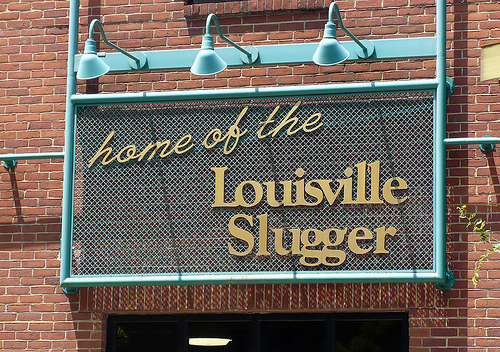 When you are a baseball geek like me, taking a trip to the Louisville Slugger Museum and Factory is a true treat. Consider that I’ve visited 21 MLB stadiums, Cooperstown (three times), and three minor league parks. So my recent trip to Louisville had to include a visit to the museum. Friend Jason Falls set me up for a tour with his client, the Museum (thanks, Jason!). 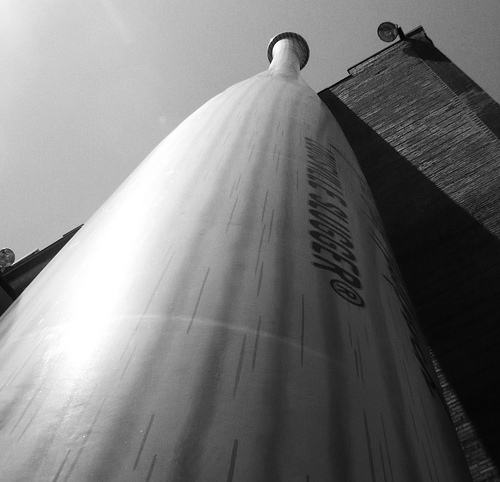 I thoroughly enjoyed the factory tour, which showed how major league bats are chosen and made. The bats are made by high tech lasers with pinpoint details chosen by Major Leaguers. The factory churns out thousands of bats everyday, a necessary production load given that players will churn through 100-120 bats in any given season.

Of course, sustainable forests are used to harvest the lumber, and there’s a mandatory grading system for which bats make it to the major leagues (very few, my friends). What was really cool was seeing how the bats were made. Plus all of the different stains and paints you can add, well rocked. I couldn’t help it, and purchased my own personal bat (below), as well as a two tone cherry/maroon special for my Dad’s father’s day gift… 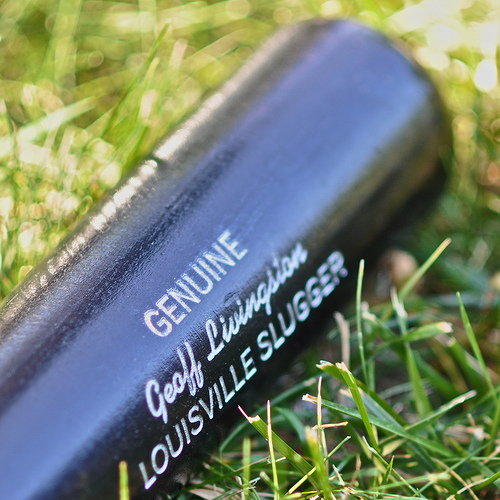 To me, baseball has always been about the kids. Combined with the museum tour, you can’t go wrong at the Louisville Slugger Factory. I highly recommend it for anyone touring the Kentucky region… Or for any baseball fan looking for a unique view of the game.

I am amassing a large photo album on Flickr of all of my 2009 baseball experiences, which so far include the museum visit and trips to the New Yankee, AT&T, and Nationals stadiums. Check it out. Photos from the new citi Field will go up later this week.