Thank you for representing the Commonwealth of Virginia so well. I am proud to have voted for you in 2006.

I am writing in regards to a difficult, immediate situation in Vietnam, a land you served in and currently oversee as as Chairman of the Subcommittee on East Asian and Pacific Affairs on the Foreign Relations Committee. Nobel Peace Prize Nominee Thich Nhat Hanh’s Vietnam-based Bat Nha monastery is under severe economic, violent, and governmental pressure to abandon the monastery by September 2. The cause: Two statements supporting religious freedom, a core principle of democracy. 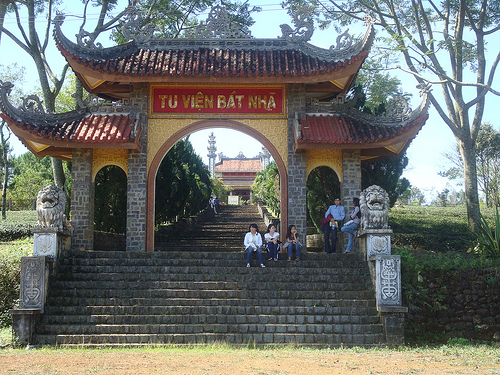 For that, they have been beaten, had human feces thrown at them, had their electricity and water cut off, their homes robbed, and have suffered innumerable verbal abuses. These 400 monks were finally allowed to practice after Thich Nhat Hanh’s return trip to Vietnam after nearly 40 years in exile. The monastery serves as a training and practice center in the tradition of Thich Nhat Hanh’s home monastery, Plum Village in France.

I have had the privilege of spending time with the Monastics who learn and work with Thich Nhat Hanh. They are gentle, peaceful creatures who seek to sooth the world’s ills, bridge understanding between all faiths, and spread greater world, human and environmental peace. The love they bring to the table is simply amazing to behold.

As you know, Vietnam is a troubled chapter in our country’s history. The best thing we could possible do for this country is fight to keep this soothing salve in place, quietly working its magic of openness, peace and tolerance. And let’s try to prevent another horrific act of violence and bloodshed in Vietnam’s history.