Social Cause Innovation Needed… And Inevitable 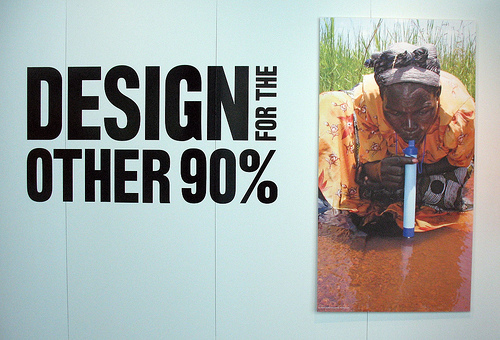 Since when did Americans discourage starting new enterprises (image by hoyasmeg)? But sure enough, I found myself reading a great conversation sparked by Kristin Ivie’s Social Citizens post encouraging nonprofit entrepreneurs to pursue different paths and work — even merge — with existing charities. At the heart of the issue is an overcrowded cause marketplace with many already existing charities PLUS the fact that many entrepreneurs don’t effectively administer Change programs.

Yet, if we shut down entrepreneurial approaches we would be denied Steve Case’s American Giving Challenge, Lance Armstrong’s Foundation, and Scott Harrison’s Charity Water. Who wants to deny the effectiveness of these efforts?

Let’s parse the issue into two parts. First the overcrowded marketplace needs to be addressed. Overcrowded markets are always ripe for fresh approaches, for or non profit. Bigger organizations lose the fresh innovative approaches to their mission that made them exciting and new. As they become staid in their ways, bureaucracy takes hold. In actuality, small organizations drive innovation.

I have many friends in large nonprofits who complain about processes and the inability to actually do effective work. While big nonprofits can achieve things smaller ones cannot, they often fail to move quickly enough and meet major market shifts.. like social media. That’s why the suggestion to channel and consolidate charitable efforts into larger nonprofits struck me as a disaster in waiting.

If we become placated with the status quo, innovation becomes stymied. In the cancer market, we would only have the American Cancer Society’s point of view. Instead we have an exciting LiveStrong and Alex’s Lemonade Stand fighting children’s cancer in new innovative ways.

In the for profit market, we saw the same thing with telecom. The government had to break up AT&T’s monopoly in the 80s to foster innovation. That occurred with the rise of MCI and Sprint, and then wireless networks. Now wireless is surpassing landline telecom as the primary method of access.

Innovative approaches force all markets to change and adapt, becoming stronger and more effective. Just because we are talking about causes does not mean we should abandon innovative new organizations! On the contrary, we should encourage them. They make for better results, and forces larger charities to stay nimble. Consider what 350 is doing right now for climate change!

Still, Kristen’s point that a lot of entrepreneurs start nonprofits that fail or are inept is accurate. And that means dollars are going to waste. How do we prevent the crazy entrepreneur from going off the rails with an ineffective effort? 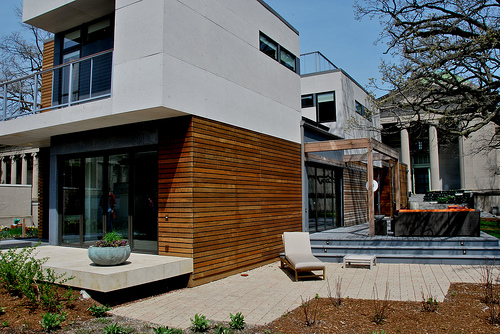 As an entrepreneur, I can tell you one thing (image: The Green+WIRED smart home is built on innovative new approaches to energy conservation). You can’t stop us from starting. It’s an inevitable part of our chemistry; it’s in the blood. I just wrapped up my first start-up as an owner, but keep in mind it was my fifth start-up experience!

Entrepreneurs look at things, see how they can be improved, tear down models, and rebuild them. So when we’ve experienced enormous successes in the for-profit world and then turn our eyes to higher causes, it’s only natural to think the same approach will work.

Granted there is ego at play, but are you going to tell someone who successfully sold a business or took a company public, that they can’t win again in a different sector? Good luck with that one!

The failure for entrepreneurs is in mission. For profit enterprises are not social causes. Changing society is different than selling product!

Discouraging new approaches and organizations is not the right way to handle this. Because in reality telling the entrepreneur not to start will only goad us into doing it even faster. Sorry, folks, it’s the nature of the beast. Further, the innovation, the new approaches that entrepreneurs can bring to bear in the industry should be harnessed!

Instead, embrace innovation, but know the problem. The problem lies in education, and as an industry we need to focus on educating new entrants on how to successful administer social change. In that sense, Kristin’s colleague Eric Johnson had it right. Let’s coach the new cause entrant and make for an even stronger industry. Organizations like Ashoka are already starting this process of social entrepreneurship.

Smart innovation through education means a much more robust cause market. We all want a better world. Whether we choose to align ourselves with a larger enterprise or start anew, let’s keep the end goal in mind and give everyone the latitude and encouragement they need to succeed.