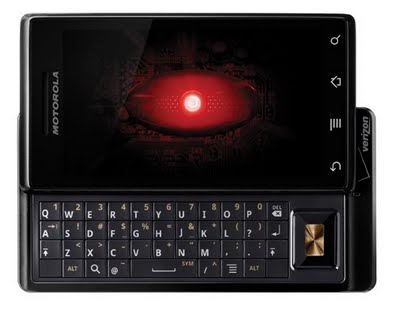 If you’ve been following my Buzz Bin posts, you know that I’ve been reporting frequently on the evolving Android marketplace. This past week I picked up a Droid phone, in large part because my iPhone drops so many calls I could not run a business using it. So I got to test the new device and the Android operating system first hand. Here are my thoughts:

First of all, Motorola’s Droid works great as a phone. It’s a nice relief to be able to conduct a conversation without losing a conversation.

That’s about where my admiration for the Droid and the Android OS ends.

The operating system surely represents the best competitor to the iPhone OS out there. That being said, it’s not the same thing, and in comparison offers an awkward user experience. The OS feels clunky and seems to move in a less fluid fashion. In fact the comparison of Droid vs. iPhone may as well be Windows vs. Macintosh. I find the metaphor works well, and encapsulates the experience.

The apps are not as well vetted as the iPhone store, and as a result there are a lot of crashes. Not good. And because Android is relatively new, a lot of the apps are inferior in comparison to their iPhone brethren.

All in all, the device does an adequate job for an Internet phone. But the hype doesn’t meet the experience. If you’ve had an iPhone, you’re likely not going to be happy with a Droid, at least not yet.

Google continues to develop the Android marketplace, and I am confident that the OS will mature as will the apps. So will Apple. In the end, I expect Android will win the most marketshare simply because it has the entire mobile phone industry behind it. That means those of us concerned with online communications can no longer avoid Android.

For me, right now, I guess it’s two worlds. Droid for voice and to experiment for business reasons. But personally, I’m keeping my iPhone for Internet use. In that sense, it’s still the best.