One of the more interesting aspects of the social web lies in its ability to enable ideas to be spread further throughout society. Movements really catch fire when people identify with an idea and spread it further. Thus ideas need to be attractive, rather than promoted. Zen Buddhism — a spiritual ethic that attracts its practitioners rather than seeking growth through promotion — proliferates the social web.

And like other online movements, social Zen (and other forms of buddhism) seems to be characterized by those who have embraced the concept, but have morphed into their own expression. Consider the widely read Zen Habits blog, YouTube videos, these collected Zen CSS templates, Zen iPhone apps, Zenish social networks, etc.

There does exist concern in the formal Zen community that pop Zen will dilute the faith. Hipsters wearing new leather jackets, eating meat at every meal, checking their cell phones in the middle every activity, and generally walking around without any formal knowledge of mindfulness, etc., often represent the antithesis of Zen teachings. 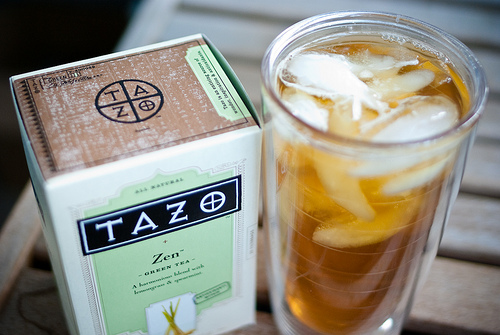 But one cannot argue that the proliferation of the Zen ethos into west has had a positive impact, from personal life in the moment reflections to business approaches. Further, some forms of the Buddhist tradition — including Zen — have traditionally morphed to meet its residential culture’s needs. Thus the rise of people like Phil Jackson who identify themselves as both Zen and Christian. With the demands of the urgent needs of day-to-day digital life, an undercurrent of Buddhism has arisen within the social web and mainstream life to bring back a meditative, purposeful reflection on life.

Online movements are generated by people and communities, though some corporations and governments have certainly started to figure out how the social web works. And similarly Buddhist monasteries have found their way to the social web, too. In many ways this fascinates me, not only on a personal level, but also as someone who helps nonprofits and mindful companies understand social media.

Consider the Dalai Lama’s impressive Facebook page. The Dalai Lama’s form of Buddhism –Vajrayana — is a different route to enlightenment than Zen, which is a school of Mahāyāna Buddhism. Yet arguably his presence has made the greatest strides in branching the formal teachings of Buddhism to the west on the social web. 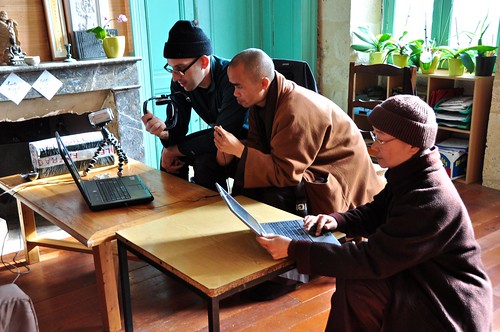 On the Mahayana Zen side, one of the most well known teachers is Nobel Peace Prize-nominated Thich Nhat Hanh, from whom I’ve had the great pleasure of learning (above photo shows me providing blog training at Nhat Hanh’s Plum Village). Nhat Hanh’s sangha has built out a Facebook and Twitter presence as well. The sangha has used blogs and Care2’s petition site for activism as well.

Theravada Buddhism also pervades the social web with discussions and blogs. Unlike the other two major Buddhist vehicles, Theravada training has traditionally been limited to monastic life. It will be interesting to see if social media enables transmission of the Theravada ethic to laypeople.