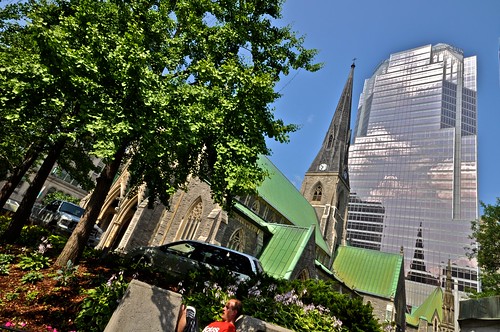 I saw this homeless man in Montreal, Canada last summer. He was enjoying the shade!

The invisible face of the homeless comes from many places, job losses and economic hardship to mental issues and alcohol/drug addiction. But there’s a new cause rising, that of climate change.

According to the International Organization for Migration, 20 million people were made homeless last year as a result of sudden-onset environmental disasters. From more frequent and stronger hurricanes to rising sea levels, even the most secure people are threatened. In the next 40 years, this number could rise to a total of one billion people.

Just today an astounding 3.1 percent of the world (again the IOM) is in a migratory state. The extent of homelessness just shocks me.

How can we continue to justify our excessive use of resources, from food and materials to energy and fuel while turning a blind eye to homelessness? Further, isn’t worse knowing that this consumption — which causes climate change — is actually worsening the problem? The interconnectedness of our societal problems amazes me.

Mark Horvath talks about the invisible faces of the homeless, the people we consciously pass on the streets without helping. We don’t want the difficulty of trying to change their plights… It would simply be easier to tune them out, mindlessly engaged in our iPhones or daily difficulties. That’s a shame because they are real people.

I’ve had various brushes with homelessness in my life. When I lost a job in the dot com bubble on ’99, I ended up moving back to DC with the shirt on my back and the computer in the trunk. I lived in a friends basement for two months until found a job. I was lucky the situation didn’t devolve causing me to live on the street, but it was through the grace of friends and family that I made it. Believe me, I was afraid for the worst. 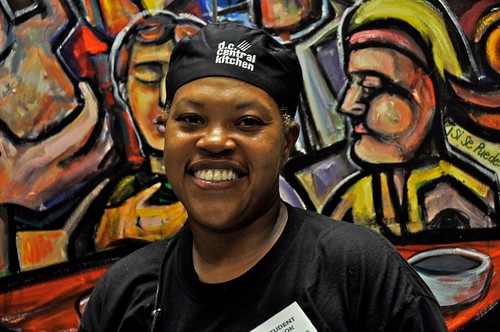 More recently, I’ve had the great fortune of doing some work and fundraising for DC Central Kitchen. The Kitchen does a wonderful job providing training and opportunities for the city’s homeless. Working for a day with these people you see how wonderful they are, their smiles and their new found lives. It reminds me that no matter what there remains hope.

I’ve also cooked for the homeless at Miriam’s Kitchen. And that my friends was so sad. It was early in the morning, and you can feel the anger and the hurt of the homeless as they waited outside for their food. Pain penetrated the air.

Writing this as I wait out yet another major snow storm — an unprecedented third major storm for one winter (hello, climate change) — I have to wonder how the city’s citizens, the ones who are forced to live on the street will do. And then there are those who may become homeless because of this ongoing winter crisis. Isn’t it time to stop and really pay attention to this problem?