The Delicate Art of Crossing Streams 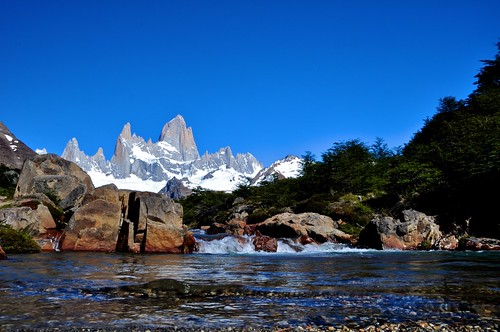 In today’s world of increasingly integrated social functionality, the ability to cross-post across social networks enables time savings and multiple community engagement. Yet, as we have seen overtime, while easier for the content producer, crossing the streams can actually alienate individual communities. A Foursquare check-in is not a Facebook update, which is not a Tweet, nor a Buzz or a bookmark.

There’s no greater example of mindless stream crossing that alienates users than FourSquare check-ins. These are especially egregious when the user simply checks in with no contextual additions (such as, “at baseball game with my son, his first game ever”). Twitter, Facebook and other associated communities are treated with such fantastic, mindblowing contributions as, “I’m at Safeway.”

Add dozens of such updates to your stream, and you find yourself wondering you are on Facebook or Foursquare. Each social network has unique qualities to it, which attract repeat users and diehard community members to their sites. When the users are force-fed another social network’s lexicon and update system, some people start disengaging from the content creator.

Giga-Om featured an excellent piece on crossing the streams between Buzz and Twitter recently. The crucial point is the failure of content creators to engage in conversations across their streams, effectively spamming their friends and followers.

Content creators need to weigh the pros and cons of crossing the streams. Based on feedback from the various communities that I participate in, I tend to decouple social networks, and then selectively cross the streams. Usually, it’s for a blog post, picture or a Tweet (that doesn’t include an @ or a hashtag).

It’s my assumption that these types of content contributions have value across my streams. I’m not always right on the mark, and I can tell that with analytics as well as with occasional feedback. Here’s what Kenley Neufeld and Dave Webb said about the matter on Buzz:

Others, simply moderate the amount of cross-posted content they are producing so as not to inundate all of their networks with a never ending stream of data. Still others just couple everything and let the chips fall where they will. Finally, some never couple their networks and keep them separate for a variety of reasons, including privacy.

To me, this is the delicate art of crossing the streams. Success requires one to delicately understand which updates matter to their communities, or possess incredibly loyal communities who will tolerate such continuous updates. Otherwise, disconnects occur.

What are your thoughts on connecting the streams?