My column last week on Mashable tied together overarching themes from mega charity events like Twestival, 12for12k, Tweetsgiving and CrisisCamps. To get the information, I interviewed the four organizers cited in the article. Each interview was fantastic and informative in its own right. So with my editor’s blessing I am publishing the unedited interview source material over the next couple of weeks for general consumption.

The following is Andy Carvin‘s CrisisCamp interview. And is senior strategist at NPR and runs their social media desk. He has been involved in online disaster response projects going back to 9/11 and the 2004 tsunami, and has been part of the team helping pull together the CrisisCamps.

GL: What makes CrisisCamp unique as compared to other large-scale social media events?

Andy Carvin: There’s a long history of people mobilizing online to help during times of crisis, and they’ve often been very successful. During the 2004 tsunami, the TsunamiHelp blog helped aggregate citizen journalism and other important resources faster than many mainstream media sources. During Katrina, volunteers created the PeopleFinder project, developing an interchange format for structuring missing persons data from all over the Internet. And during the 2008 hurricane season we managed to create maps of evacuation routes, a wiki organizing local/state/national emergency resources and other activities.

But things were different with Haiti, and that’s because Heather Blanchard, Noel Dickard and Andrew Turner organized a Barcamp last summer called CrisisCamp. The camp brought together online volunteers with government and NGO representatives involved in disaster response. So when the Haiti earthquake happened, rather than just mobilizing and coordinating the volunteers solely online, we organized an impromptu CrisisCamp in DC at the Sunlight Foundation.

Within days of announcing it, five other CrisisCamps were spawned in other cities. The following week, it was double that. In total there have been more than 40 CrisisCamps held in half a dozen countries around the world, with well over 1500 people participating in them in person. So by combining social media tools as mobilizing and collaboration platforms with real-world hackathons, we’ve been able to create a virtuous cycle in which a number of amazing projects have been built.

Among the things that’ve been created:

GL: How did CrisisCamp attract the long tail (large amounts of people) so successfully?

Andy Carvin: There’s no doubt that social media played a big role in attracting so many volunteers to participate. By getting the word out via Twitter, Facebook and countless email lists, people came out of the woodwork to participate. It’s also worth noting that a number of us have been involved in these types of projects for a long time, so we’ve got a lot of people following us through our social networks. That makes it easier to rally the troops, since you’ve got a built in audience of people interested in disaster response.

GL: In spite of its size, people seem to feel a relationship with you and local CrisisCamp organizers. How did you achieve that?

Andy Carvin: It’s certainly helped that a number of us have worked together on these disaster response projects over several years. When something catastrophic happens somewhere, we know to turn to each other and get things going. But I think the physicial CrisisCamps have helped close the loop. We had more than enough people to start building projects solely through online collaboration, as we’ve done in the past. But we also got people together in a room for eight hours at a time, amping them up on caffeine and sugar, often several weekends in a row. And that’s been an amazing bonding experience for a lot of us.

Andy Carvin: Remember that social media can be a mobilizing tool for offline, as well as online activities. If you’re doing something that can be grounded in your community, and work needs to be done fast, try to get people together in person if it’s appropriate. Not everything has to be done online, even though social media can help connect the dots. And try to give people specific tasks if you can.

The CrisisCamps have been different from traditional Barcamps in the sense that we don’t get together for hours and brainstorm stuff. We show up with the essential tasks already outlined, and we then get to work. For each project we’d identify a project manager, and we’d meet up during the day at regular intervals, like we were doing Agile product development on speed. Each city would have a coordinator as well, and sometimes an overall project manager who could keep everything flowing. So it wasn’t as flat as a typical Barcamp – we needed a certain amount of hierarchy to get the work done.

GL: What’s your favorite social media tool that you used for CrisisCamp ?

Andy Carvin: There’s no one single tool; it was really a combination of tools that made it all happen. For example, good old fashioned email lists and IRC were major connectors for us, in terms of long-term contact and real-time coordination respectively. Twitter and Facebook played huge roles in mobilizing volunteers.

A number of projects found Etherpad to be a great way to coordinate real-time text editing. Some groups tried Google Wave, but the learning curve sometimes interfered with progress. And wikis and blogs have helped us document our activities over time. Then there were the tools that helped volunteers build projects. For mapping, for example, OpenStreetMap and Ushahidi were absolutely essential, and literally lifesavers, as they were used by relief workers to coordinate their efforts on the ground.

Hope this is what you were looking for. I’d definitely suggest you talk to at least one of the three founders of CrisisCamp – @poplifegirl, @ajturner, and @noeldickover. While I’ve been actively involved rallying the troops, running the CrisisWiki project and hosting two camps, this is still their brainchild. 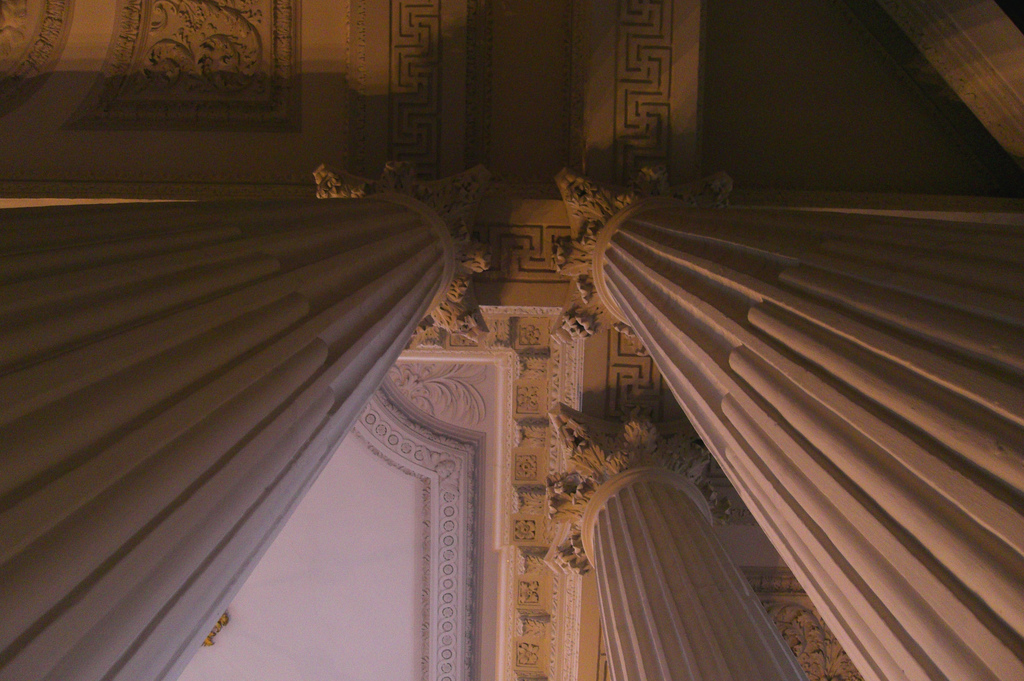