Why I Ran for Water 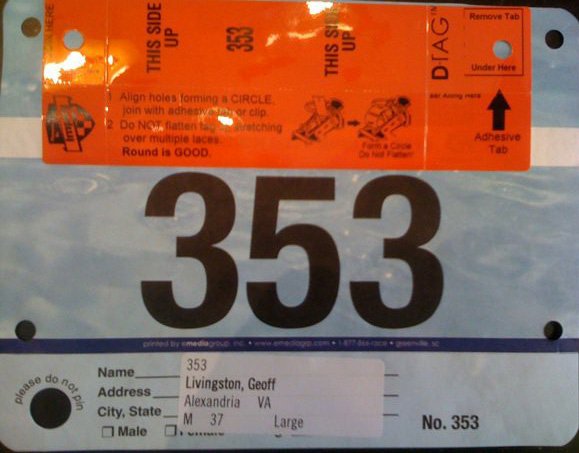 For the past couple of weeks, I’ve received nastygrams and have even had a very strong Facebook conversation which required a blocking over my participation in the Dow Live Earth Run for Water. It’s come to the point that I felt it necessary to make a public statement on why I ran. Before I begin, I want to congratulate all of my fellow runners and participants in the Run for Water. It was a big statement across the world.

As many people know, I volunteer a weekly blog post and provide periodic social media advice to Live Earth. When Live Earth decided to partner with Dow in spite of its legacy issues — in large part because of Dow’s current Sustainability Goals — I played team ball. One of the big attractors for me to Live Earth is its constant approach to change, embracing both the right and left, past environmentalists and newly concerned minds.

I do not support Dow’s past actions. Dow has done wrong but clearly has awoken to their impact of their products to some extent if they are creating goals like the above and supporting a very public event like this.

Will we ever achieve progress if we turn away “villains” who now want to be mindful? I don’t think so. Corporate America is part of the ecosystem… We will not survive the environmental crisis without companies changing in order to help become more sustainable.

You can cry George Hayduke and blow up bulldozers, but society will still demand construction, chemicals, plastics, cars, etc. We need to move towards mindful solutions that find carbon neutral and zero environmental impact rather than railing over the ills of the past. I believe in the middle road, and if a company starts acting differently, encouraging positive actions. This can be achieved while maintaining criticism.

Reality is that past acts cannot be unwritten, but the future is open to all of us. Demonstrable continuous action over a long period of time can show a different corporate culture and approach to community citizenship.

Initially, most of the attacks were about Bhopal, and Union Carbide’s wrong past actions in India. In my mind, it made no sense to punish Dow’s culture for a company they bought 15 years ago over an incident that occurred 25 years ago, which has already had reparations paid…

I doubt that almost anyone from that Union Carbide works at today’s Dow. Is it fair punish the current employees of a different company? In my mind, the answer was no.

Then there were the folks who scream against Dow and companies in general, the greenwashing police, fellows like Andy Bichlbaum who called runners like me Mindless Zombies. On the contrary, Andy, I thought about running and its implications. A lot. And I stand by my decision.

My Feelings on Dow

Now I am saying this as a volunteer, not a staff member, of Live Earth: Frankly, I wish Dow was more communicative about its current vision so I can gauge their authenticity. But like many companies they seem afraid to converse the angry French mob. What companies like Dow fail to understand is that until they engage their stakeholders directly, they will always suffer attacks. Change is good, actions tell of corporate culture, but you need to communicate, too.

And what we as a society need to understand is that we cannot shun companies from doing the right thing, even when they have consistently done the wrong thing in the past. I have been highly critical of Walmart, and will continue to do so, but in reality they are a much better corporate entity than five years ago. Let’s hope they continue to change.

Are we so invested in corporate evil that we won’t let villains evolve into better citizens? For me, the answer is no. I would prefer dialogue and progress. That’s why I ran for water.