Can the Contest Craze Sustain Itself? 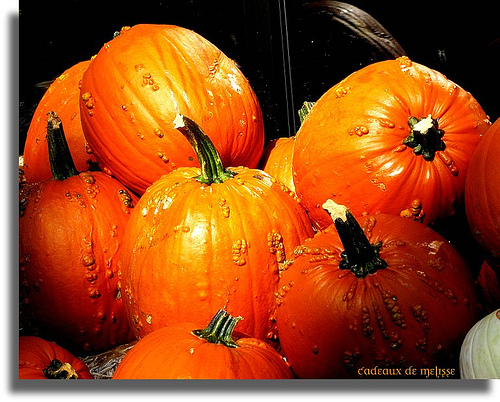 There have been several major contests designed to “benefit” nonprofits in the past couple of years as well as many minor ones (pumpkin contest image by gifted photographer). Some of these have been well designed, particularly the Foundation based contests. However, with the widespread influx of corporate social responsibility/cause marketing dollars, contests have suffered. It seems anyone with some extra dollars in their cause marketing budget wants to create a free-for-all contest to show their customers charitable goodness.

Now more than ever I’m questioning the sustainability of the contest craze. There are three reasons why:

1) For every winner like Atlas Service Corps, the contests tend to create a tremendous amount of losers these poorly designed efforts create. In actuality, there are many losers who expend a tremendous amount of effort that don’t walk away with a dollar, who have exhausted their donor base with solicitations for votes, and who have lost time that could have been spent on mission based activity or fundraising.

Strong contest designed contest (Zoetica CEO Beth Kanter’s mantra when it comes to contests) creates a win-win for all parties. When you look at the Case Foundation’s America’s Giving Challenge (note: Case is a Zoetica client), contest wins were matching grants given to 501c3s who had successfully galvanized their existing and potential donor base. If an AGC contestant did not win, they had at least successfully fundraised with their network.

2) While Americans love games and contests, we also seem to have a penchant to boomerang back on leading parties when things don’t work out well. Monday morning consequences aren’t necessarily fair, but it seems to me that the inevitable questions about actual effects on society will not be well met.

In reality a strong contest design also includes Theory of Change. Without a measurable benchmark to hold a contest accountable to, without some reason to invest these dollars into society, contest dollars are literally scattered to the four winds.

As a result, grants find themselves in the hands of organizations that compete well in dogfights for cash. That does not necessarily mean they are competent at their mission of change. Further, when we look back at the contest, it’s likely that there will be a wide swath of hits and misses.

3) Another end result is contest fatigue amongst donors, the general public, and nonprofits. It’s only a matter of time before people get tired of being asked to vote for a charity. Again.

It’s my belief after 15 years of professional marketing experience that every organization has an emotional bank account with a stakeholder. You can ask for things and withdraw equity from that account, or contribute value and build equity and loyalty. If it’s all get and no give, nonprofits find themselves with dead email lists and nonactive social media accounts. A vote for a charity — even though it may not cost the stakeholder money — is still a withdrawal from that emotional bank account.

Which gets to nonprofit fatigue. Some nonprofits are going to become much more selective or stop playing altogether. They will see such pagaentry as costly ventures that hurt and distract their organization from success. I foresee the larger more experienced 501c3s wizening up to this faster than the smaller ones. Unfortunately, the smaller ones suffer the most from contests.

Conclusion: In the end, I think the contest craze will drop off as a primary social media tactic. It’s not creating enough wins for it to be successful as a long term play, there’s not enough measurable change, and we’re starting to bore social media stakeholders.

So that’s my two cents on contests. What do you think?