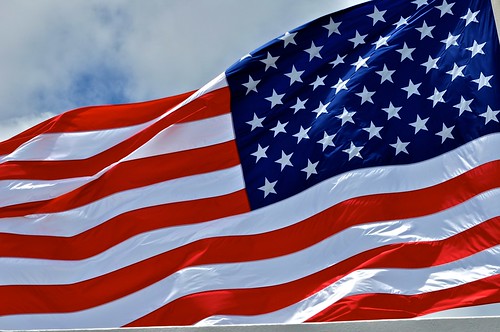 As we assess the very real economic damage and fathom the full scope of the environmental catastrophe caused by the Deep Horizon crisis, it’s natural to feel great anger, despair and even depression. Yet this suffering can provide our society the motivation to resolve the larger issues that caused the oil spill.

We don’t have to sit in front of our screens and do nothing. Instead, we can act. For me there’s no other choice. We can’t keep living like this anymore. Once we are aware, we become mindful about our actions, and how we enable these great problems.

It begins with compassion for what we have been, where we are now, and what we could be again. To achieve a better sustainable society, in my mind, there are three systematic issues that need to be addressed: The environmental matter, the special interest/government problem, and frankly, ethics in public relations.

The time for scoffing at alarmed “tree-hugging” environmentalists must come to an end. If there’s anything that Deep Horizon demonstrates, it’s the real damage that unchecked industry can wreak upon our world.

While major catastrophes like this force our attention to finally consider fisheries, marine life, and general environmental malaise, it’s individual acts of mindful conservation that will change the tide. The reality is that the United States consumes more than 1/5 of the world’s resources. There is much we can change in our day-to-day lives.

On a national level, the recently introduced Climate Bill has provisions about our future energy development, including the enablement of further off shore drilling. It’s critical that we use Deep Horizon as a motivator to write our Congressmen and Senators. Please tell them 1) there is no room for additional off shore drilling in U.S. waters and 2) that we need a real long-term road-map for sustainable energy resources, not coal and oil.

We — you, me, all of us — have been subsidizing — paying — Big Oil in all kinds of ways, hidden and not so hidden, to do exactly what Exxon and BP have done and will continue to do if we don’t demand change. Consider the billions of dollars these companies receive in tax breaks, and then their incredible profits and executive salaries. This money must be redirected toward clean energy. Our children deserve no less.

There’s been a great trail of corporate wreckage over the past decade, including BP; the health care industry; Halliburton, Blackwater/Xe and Iraq; the financial mortgage meltdown (AIG, Goldman Sachs, etc.); Toyota, Monsanto, Citizens United decision; general lobbying against measures to address climate change; and the net neutrality war to name a few. And there has been a lot of hub bub about a new generation of government under this Administration.

The incredible power that special interests hold over our government has absolutely stifled our ability to function as a society. This problem extends beyond partisanship to include both the Democrat and the Republican alike as demonstrated by the Deep Horizon incident. In fact as the Supreme Court demonstrated with its Citizens United decision (the court ruled that companies were people, overturning the ban on independent expenditures by corporations, paving the way for unlimited corporate and union spending in elections), the problem is systemic.

Until we stop treating companies like citizens and take big money out of politics, the frequency of major corporate abuses will only increase. The best way for any of us to act today is to write our state and federal officials and demand that they support Clean Elections bills. We need to get corporate dollars out of our elected politicians’ campaigns as well as end high dollar lobbying incidents. Remember, these guys won’t get rid of the cash cow without pressure from us.

There are also more than 50 nonprofit organizations working on reforming the government right now. Support one of them (full disclosure: Common Cause is a client of mine).

This has been a long standing issue. It’s been one that I now often avoid rather than continue to fight, but, again, we just cannot live like this anymore. PRSA and other organizations have been fighting for a long time to install best practices. Yet we still have this problem.

The outrage from Deep Horizon was made exponentially worse by the bad PR from BP executives and the Obama Administration. People feel manipulated and lied to… And rightly so. Factual integrity is essential in a crisis, and frankly in any form of communications. Whether it’s posturing for stock price, liability or public opinion points, the common good and ethics have been sacrificed repeatedly during the Deep Horizon crisis. But Deep Horizon is just an example of the larger communications industry’s issues with ethics.

I think the media and bloggers are already all over this particular incident, but how do we raise the professional bar in general so it doesn’t occur with this kind of frequency?

Next Steps and Taking Action

Tomorrow’s 9 a.m. EDT “The El Show” podcast with Richard Laermer, special guest Rich Becker and I will focus on the PR ethics question as well as the BP Deep Horizon issue, in general. Wednesday’s Live Earth post will be a list of ways you can help Gulf Coast residents online. And lastly, I am working on a Mashable post focusing on how people are using social media to create grassroots efforts to clean up the oil spill.

In the interim, check out this Huffington Post article providing details on several different efforts, or donate to the National Wildlife Federation’s campaign to Help Wildlife Impacted by the BP Oil Spill (also my birthday campaign).

P.S. The flag photo in the post was taken at the U.S.S. Arizona memorial in Pearl Harbor. It’s a stark scene, reminding us of the great battle that ensued there almost 70 years ago, and the great price our armed forces have paid for freedom. I do want to acknowledge our veterans today — including my grandfathers — and thank them for their service.