You’re posting and no one responds. Perhaps formulas and techniques aren’t working so well, eh? That’s a sure sign that tweets are too boring to generate interest from your followers.

It’s time to shake it up!!! Break out of the mold.

So, while you may have objectives to achieve, get back to the social part of social media. Here are three quick suggestions to break out of the slump:

1) Instead of tweeting profound greatness about you or your organization, spend a few sessions replying to people. Get back in touch with your stream is talking about. Just by observing, you’ll naturally gravitate back to what what people are interested in…

2) Say something provocative! If you are aren’t getting responses, maybe it’s because your aren’t saying anything interesting. Sometimes we don’t want to create waves and get in trouble, but that can work against you, too. So in that case, you have retreated to a point of boredom.

3) Pose a question to your stream. Seriously. Instead of “tweeting” ask a question or three. See what people think instead of telling them. Here’s what other people thought about kickstarting your network. 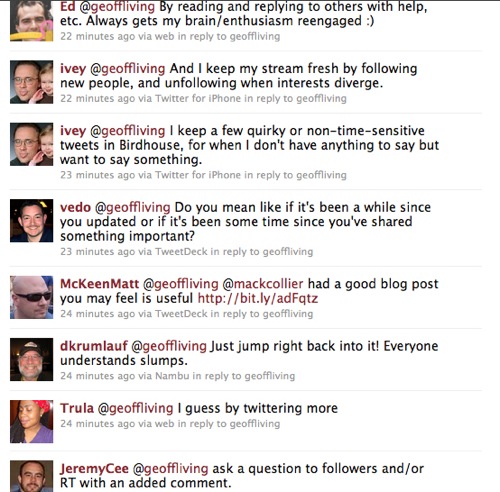 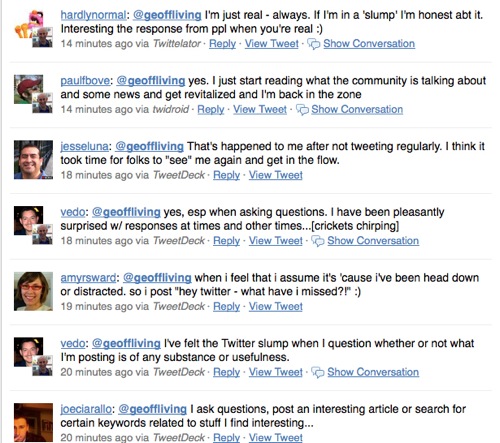