The Plight of the Louisiana Fishing Family 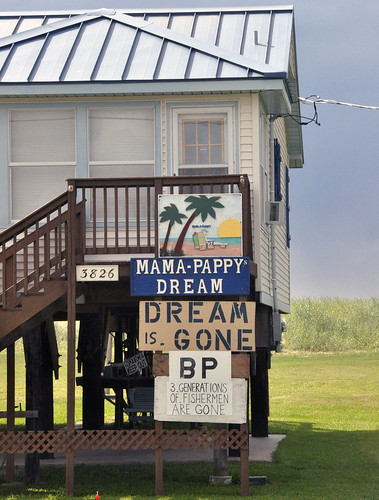 The Citizen Effect Gulf Mission team sat down yesterday with Natalie A. Jayroe, president and CEO of the Second Harvest Food Bank of Greater New Orleans (serving 23 south Louisiana parishes). Our ongoing goal remains finding an actionable way for Americans to take positive mindful ways to act in the wake of the Deep Horizon disaster.

Jayroe told us her view of how the fishing families of Louisiana have been affected by the oil spill. The following post is based from that conversation.

An area the size of Great Britain was devastated with Katrina. The entire region had to rebuild, and nonprofits and community realigned themselves to rethink New Orleans. Five years after Katrina they are seeing another devastating disaster, and, it’s been very tough on many fishing families. in once case, a fisher committed suicide.

There is nothing finite right now on how to handle the post oil spill economy. One step forward has yet to be determined. There are 49,000 Louisianans that have fishing licenses, and in all 150,000 people are affected immediately. The oil drilling moratorium has put another 40,000 people out of work.

The secondary and tertiary circles of job loss have yet to be felt in the Gulf. The ripple effect could be huge. The local economy is tourism and oil, so both of the big economic drivers of the state have been challenged.

Fishing is an up and down business. The fishing families of Louisiana are traditional and self sufficient, and do not gladly take government benefits. Fishing families take advantage of federal benefits at a rate 10-20% lower than the rest of the state. They don’t accept help readily. They don’t like case work. They just want to go back to work. 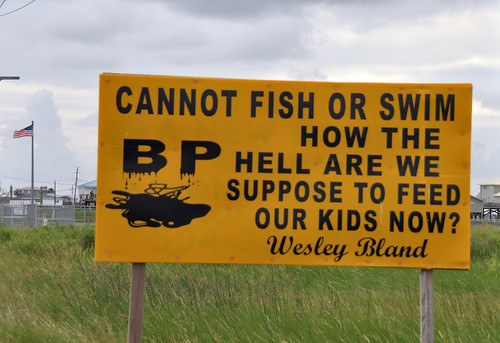 Five or six generations of fishing families live by the tides. When this is taken away from them, there is little chance to take on a new career.

Their next job opportunity is often oil rigs. So they are less likely to take swipes at BP, it’s a huge part of their economy.

The fishing families think about how they are going to get through this today and tomorrow. Most of them are still trying to keep the oil off the shores. They liken it to fighting a war, and hope they will be able to shrimp next year. If there’s a way to survive they will do it. They are about subsistence and survival, and they will what they have to live with the land.

The environmental impact from the oil spill will likely be felt for decades, stifling the marine life and fishing industry. The BP Deep Horizon oil spill may have permanently devastated this fishing culture.

Second Harvest knows this issue will continue a long time after the oil spill is capped. It could take years. The organization estimates that more than 47,500 fishing homes may eventually require food assistance as a result of the Gulf oil spill.

Because it’s not a national disaster declared by the President, federal food commodities (via disaster SNAP) can’t be given out.Fact Check: Louisiana Department of Social Services. If Obama declares the oil spill a National Disaster, BP would no longer be liable. The bailout fund is not necessarily going to benefit the Gulf directly. That means disaster resources are not making it to the Louisiana parishes today.

The organization has already provided 200,000 meals through disaster relief sites in the impacted areas since May 1. The demand is making a direct impact on Second Harvest’s stores before hurricane season, stretching their resources. BP has paid the organization $350,000 to replace these recources.