Our Citizens Effect Gulf Mission (full team reports here) meetings with nonprofits over the past few days wrapped up. Beyond the incredible environmental damage dealt to the Gulf of Mexico, it’s apparent that an equally damaging blow has been dealt to the fishing communities of the Gulf. As we have learned from the Louisiana Seafood Marketing and Promotion Board, the Catholic Charities of New Orleans and others, the vast impact on the Louisiana economy and its cultural way of life have been drastically underestimated by the Obama Administration and BP as reported by the media.

Ewell Smith, executive director of the Louisiana Seafood Marketing and Promotion Board estimates the problem to be a $100-$200 billion economic calamity (see above video). But because of the ongoing PR and legal culpability that’s being fought between the Obama Administration and BP, Gulf states are floundering.

A national disaster has taken place, but we see no FEMA, no disaster relief, no long-term aid. Ships that can remove 85% of the oil are turned away by the EPA, and foreign help is turned away, too, again thanks to federal regulation.

Instead, a $20 billion pledge from BP is supposed to cover it. Culpable, yes. Capable of addressing the widespread calamity resulting from the oil spill? No. The Gulf may be irreparably harmed by not only the oil spill, but by our reaction to it; namely, the Obama Administration’s failure to declare the oil spill a national disaster, and the general U.S. societal turning our backs on this issue and expecting BP to pay for it.

My fellow Citizen Effect Gulf Mission goer and leader Dan Morrison painted an interesting view of it: “The more I learn on the trip, the more it becomes clear that BP can’t and won’t solve this economic disaster. The economic and social problems facing fishing communities due to the oil disaster are local problems that need local solutions. Put it another way: there is no one large top down solution and program that can address this problem). While it is hard for the country to see the impact of the oil spill on fishing families (they are not covered in oil like birds), the stories about how a families livelihood and way of life are endangered are real and tangible.”

The Unfathomable Depth of the Issue 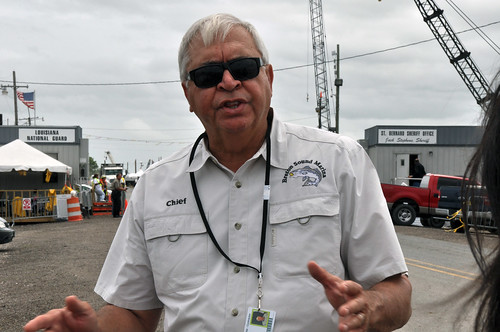 BP’s Vessels of Opportunity program has 2100 vessels signed up, but only 500 working. These guys are not working, and their deckhands are not working. Tony Martinez, owner of the Breton Sound Marina (above) corroborated this. On our trip east yesterday, we heard similar reports from the son of a Vietnamese Fisherman in Gulfport, Mississippi.

These folks cannot get money from BP or the Obama Administration because they don’t have IRS reports. In essence, because they haven’t played by the system, they will be crushed by it. They are out of luck, and at the mercy of nonprofits serving the region like Catholic Charities of New Orleans, Second Harvest and the Greater New Orleans Foundation. 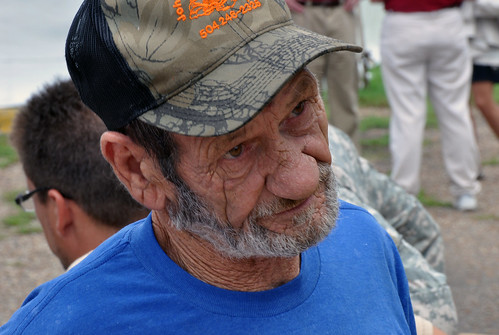 The losses will be just staggering for the fishing community. But it extends beyond Gulf seafood. Restaurants and tourism are hurt in all affected states. There’s also Louisiana’s other big industry: Oil. Regardless of the politics behind the moratorium, you are talking 100,000 jobs dedicated to the Louisiana oil industry. Consider job losses of 150,000 people in a region already hit by Katrina and in a recession.

FriendsoftheFisherman.org was a fund started by the Lousiana Seafood Promotion & Marketing Board to help the commercially licensed fishing families affected. It has four corporate partners Entergy, Rouser’s, The New Orleans Hornets, Abita beer have started it. The Board’s goal is to raise $100 million in total money. Further the Board’s LouisianaSeafoodNews.com shows real stories of fisherman. 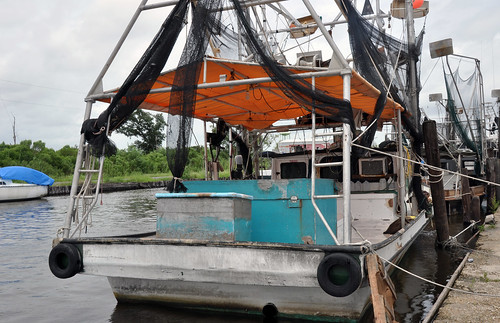 But what about the non-commercial licensed fisherman and the deckhands? In addition to the on-the-ground fantastic work of the Catholic Charities and their partners HorizonRelief.org has been set up by Kevin Voissin, eighth generation oyster fisherman. He is taking oil and selling it in vials. Yet Voissin’s work will not be enough to resolve the long-term crisis facing the fishing culture in the Gulf.

A Way of Life Crushed? 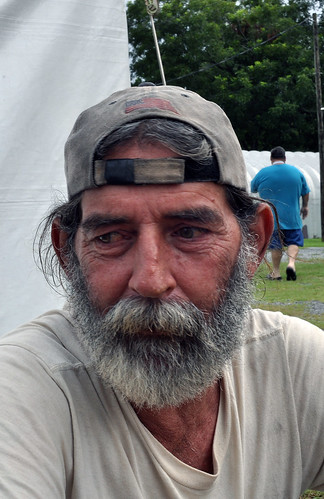 As discussed in my Plight of the Fishing Family post earlier this week, this reaches far beyond money. We are talking about the possible destruction and ending of a culture.

Gulf fishing communities in the United States have gone back generation upon generation. It’s been the subject of movies (Forest Gump comes to mind) and has even inspired unique fashion and phrases like “down on the bayou.”

The cultural impact of taking away a profession for more than year — let’s be frank here, the overall devastation on the fishing industry will go well beyond 2010 — cannot be underestimated. While the environmental damage the wetlands has been sustaining over time may have accomplished the same result in 30 or 40 years, the sudden end via the Deep Horizon disaster breaks your heart.

Kerry (pictured above and see his story here), a sixth generation fisherman said it best to me: “My father always told me this business was a dying one. But no one imagined it would happen like this.”

What is the answer? Just as we know gulf fishing may have ended, most fishing families aren’t ready to give up yet. Getting them to suddenly become educated or get new vocations — in an ongoing long-term recession — will take more than recognition of the issue. It will take a nationally supported, yet locally driven, community wide solution.