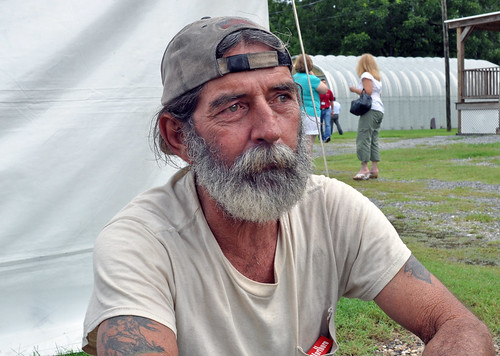 On Monday, July 19 at 6 p.m., the CitizenGulf project team will host a meet-up at Affinity Lab here in Washington, DC (U Street location). The Citizen Effect Gulf Mission project will be opened up to the social web at that time (register here). Interested parties who cannot intend in person can participate via U-Stream.

We will begin the session with a conversation and questions and answers about the CitizenGulf fact finding mission. It has always been the project’s intent to provide meaningful action to anyone who wants to help the Gulf. So we will announce a national day of action in conjunction with the fifth anniversary of Hurricane Katrina striking New Orleans (August 27). Anyone can participate in this CitizenGulf day of action.

Based on our fact finding mission (fully aggregated content here), we believe the clearest path to create concrete meaningful action for concerned citizens is to build a program that will directly benefit the fishing families in Louisiana who have lost their livelihoods thanks to the BPO oil spill. Our program will include a local 501c3(s) that is working directly with the fishing families. Further, we are adding partnering organizations as we build the program out.

Anyone can participate in #CitizenGulf with as little as a Facebook Like or a small donation to hosting your own event or agreeing to take on #CitizenzGulf action. Organizations that want to be a part of the project, whether as contributors or as promotional partners are welcome, too. An organizing committee of CitizenGulf members are actively being created as we speak.

Finally, there will likely be a second fact finding mission to the Gulf in early August, this one to focus specifically on the fishing communities and how they are being affected. Please let us know if you are interested in participating.

Until this point, I have been volunteering my time to CitizenGulf as it was a critical project, in my opinion. The oil spill is a national tragedy and disaster that will not go away, and in fact, will worsen as more and more oil is released into the Gulf warriors. In addition to the incredible damage sustained by the marine environment, the local Gulf communities that are inherently tied to those waters will forever be altered for the worse.

I believe this is a time for individual to act. We cannot to expect BP or the Obama Administration to resolve the matter in full. Fortunately, my business partners Beth Kanter and Kami Huyse agree. Zoetica has officially joined the CitizenGulf project as a promotional partner. We will provide my time to the project as a charitable donation to the national community affected.

The original fact finding team included Citizen Effect’s Dan Morrison and May Yu, Jill Foster, and myself. Citizen Effect will maintain the overall administration of the national program and creation of individual action projects in conjunction with the local 501c3(s).