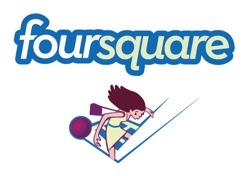 When seeking to inspire a conversation about one’s initiative — whether it’s product, cause or simply education — the first instinct drives one to reach for the hot tool of the day. Since the first Now Is Gone was written, this has shifted from blogs to Facebook/Twitter to widgets and applications to iPhone apps to now geolocation networks FoursSquare and Gowalla, as well as Facebook again (thank you, Open Graph).

First dubbed Shiny Object Syndrome by PR Squared Blogger Todd Defren in 2005, this phenomenon plagues organizations, companies and individuals to adapt the latest social communications tool. It’s often based on peer pressure, buzz, or a desire to be one of the first. The issue belies strategic approaches to social communications.

Ace social technology analyst Jeremiah Owyang has in time called the phenomena “Fondling the Hammer.” Web strategists oft focus on the tool rather than their strategic approach. While we have a general strategy towards creating a great conversation, we need to best understand how to participate within that community, create an approach that will work with it, rather than just run to the shelf an pick up the latest power tool.

Unfortunately, while in the short term placating a need to play with the newest communications toy, Shiny Object Syndrome can create terrific wastes of money. That in turn, can create terrible consequences for organizations, executives and communicators alike.

In Charlene Li and Josh Bernoff‘s classic book Groundswell the home run statement, “concentrate on the relationships, not the technologies.” The community drives social media, not social media in their many technological forms. Charlene Li and Josh Bernoff also note that Shiny Object Syndrome can become a major barrier to success in their fourth chapter.

Getting beyond Shiny Object Syndrome requires the lead communicator to STOP! Then go back to the master communications plan. As unsexy as it is, a blog or a widget may still be your most powerful tool. A healthy evaluation of social media tools should reveal the tools stakeholders and their influencers are using, a critical determinant as these are the relationships you seek to forge.