#crisisdata: Getting Ready for the Emergency Social Data Summit 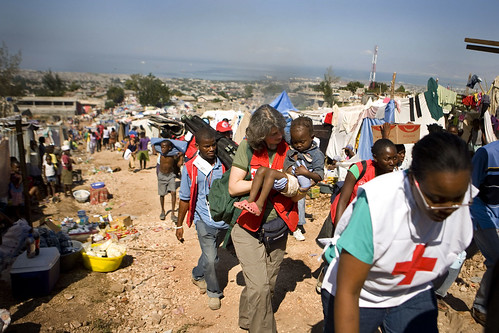 Are you aware of the American Red Cross’s Emergency Social Data Summit on Thursday – or #crisisdata on Twitter. To give you an idea how important this issue is, ARC just released survey results that show 74 percent of civilians in need who post a cry for help online via social media expect a response. The Summit brings together emergency responders, government officials like the White House’s Macon Phillips, technologists like Robert Scoble and Christopher Penn and civilians like CrisisCommon’s Heather Blanchard to discuss exactly how to address these digital cries for help more effectively.

Full disclosure: I’m working on this project. And you know, I’m pretty excited about that. It’s one of the most meaningful pieces of work I’ve had the privilege to participate in. Since I’m working day-to-day on this, I’m probably too partial to give you an objective industry analysis, something Zoetica CEO Beth Kanter will do later this morning. But I can tell you my perspective and hopes.

While a role player on strategy for the past two months, it’s only since fellow Zoetica partner and project lead Kami Huyse went on vacation last week that I’ve been the day-to-day point person. During this two week period, I’ve come to understand how much the good people at the American Red Cross and the response industry feel about social cries for help.

This issue represents a critical evolution of response, similar to the telephone’s arrival on the communications scene. It’s really exciting, and very scary because there are no real answers. When a disaster like a hurricane or an earthquake hits, there’s no time to figure it out, so getting ahead of the issue is critical.

The conference — an exercise in listening to crucial stakeholders involved in the matter — seeks to provide some sort of outgoing white paper that defines direction for the emergency response industry to move towards. Having organized a few of these post-modern social media conferences, blending un and traditional elements, I can tell you there’s something special about events that get 150 people — Dunbar’s community number –together in a room. Everyone is moving towards a general goal, and they tend to develop a sense of comradery.

But this time it’s very serious, not a general blogger conference. It’s my hope that we succeed and develop some sort of clear direction to evolve social media response during times of crisis. Getting to a meaningful outcome becomes the most important thing, and that means helping our society. I’m excited to see where the group conscience takes us. 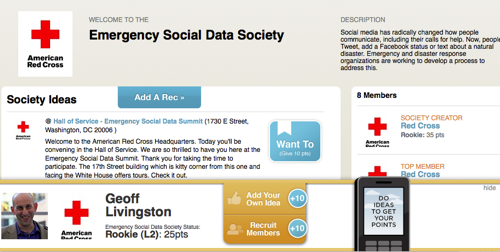 While we are using traditional social media tools like a wiki, Twitter conversations during the conference via the #crisisdata hashtag, Flickr photos (coming) and U-Stream (to be provided by NextGenWeb), there’s some experimentation, too. In this particular instance, we’re working with a couple of new tools in an effort to evolve with the times.

On the blogging side, while the main event page is on WordPress, we are using a Posterous blog for updates about the conference and to publish early chapters to our #crisisdata white paper. I am also using Posterous for the citizengulf effort, and am becoming quite intimate with the platform for beyond “lifestreaming” use. it’s got its pluses (flexibility) and minuses (major downtime last week), so expect a full analysis at the end of the month.

On the geolocation side, while we registered the conference and posted tips on Foursquare and Gowalla, we did decide to go a little further. Specifically, we have asked attendees to download the Whrrl application and join the Emergency Data Society. It’s our hope that attendees will update, add photos and thoughts, and create a virtual scrapbook for the event.

We’ll see how it goes! I hope you decide to follow along this week.

P.S. Special thanks to Jill Foster’s Live Your Talk for providing speaking resources, and Julie Pippert and Fran Stephenson for their support services on the Zoetica team.