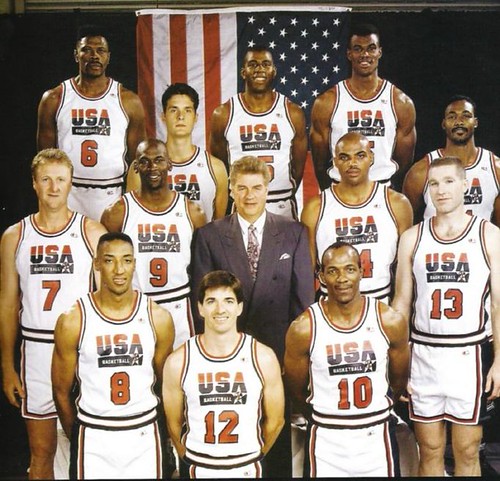 Yes, you got it, a new post about individuals seeking the limelight versus teams on the social web. But before I begin, please look at this refreshed blog design thanks to Karen Kitchens and the rest of the team at RAD Campaign. I’ve successfully referred RAD on several occasions and they have redesigned my partner Beth Kanter’s blog, and now I have experienced what so many others have already enjoyed! The evolution embraces some of the old pre-CRT/tanaka red of the Buzz Bin while evolving the three column design in the previous version with some layout and navigation changes.

It’s important to acknowledge RAD in this instance and generally those who help us succeed in social media. While a voice may shine alone on the social web, rarely do they do so without the help of others. We live in a time where micro-celebrity and fame are valued even above good works, and it creates all sorts of interesting phenomena, including personal branding, parasocial behavior and a general destruction of team values. But ironically, to be a true success you still need the team.

Many use the rock star analogy when discussing individual efforts in social. Some times you even have super groups like Altimeter, crayon and now Powered. I’ve heard this applied to Zoetica, and even teasingly used by us (no one wants to be McCartney).

The metaphor that most suits me for this online cultural development is NBA basketball. It’s a very individualistic sport where great stars like Kobe Bryant and Michael Jordan are made, but even the greatest stars fail to win championships when teams are built around them. Even Kobe and Michael had some really poor teams that let them shine even more when they were at their most dominating selves. Yet they needed the Charles Oakleys, Scottie Pippens, Lamar Odoms and Pau Gasols to win.

Online, in my own life I’ve experienced some great personal successes as well as some fantastic team wins. And while both have an element of satisfaction, the big wins shared across teams of people working seemlessly towards a common goal — those are the moments I cherish and relish the most. For me, those wins are harder fought, require more discipline and sacrifice, and create greater positive impact.

I won’t lie and say I don’t enjoy being acknowledged or doing great things. It would be hard for me not to go out and compete every day. Yet, in the end individual accolades never deliver the satisfaction of a great team win. 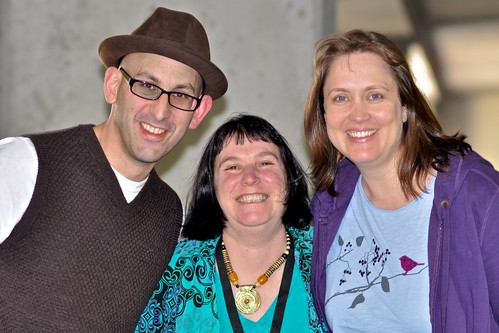 When I work with like-minded individuals — like Beth and Kami Huyse in Zoetica — the experience is great. Even when we don’t win — and it’s hard to really, really deliver the big home runs every time — the common purpose makes it exciting. When I’m on teams with people who fight over personal recognition and monetary rewards, I often find it to be a grind. These teams rarely succeed as most players don’t leave it all on the floor, so to speak.

This past weekend, the Dream Team (1992 U.S. Olympic Team) was inducted into the Basketball Hall of Fame, a team of the greatest ball players ever assembled wearing one jersey. It was a great moment when several of players got together for an NBA Entertainment interview. Here are some of the sound bites that really resonated with me:

Larry Bird: “It wasn’t about scoring because we could’ve just got it into Charles [Barkley], who at that time was the most dominant player in the world offensively. But it wasn’t about that. It was about playing the game correctly.”

David Robinson: “We’ve all been on all-star teams and it [coming together] doesn’t always happen. But this was basketball heaven. What surprised me, from the beginning, was how unselfish everybody was.”

Karl Malone: “The way we checked our egos from the beginning. That’s what I remember the most.”

Charles Barkley: “Dream Team II [1996] was a nightmare. We had guys bitching about playing time, arguing with Coach Wilkens. I said to Scottie and Karl, ‘Man, I played with Larry Bird and Michael Jordan and we didn’t have a problem, so what the hell is wrong with these guys?'”

A lot of people worship Lebron James and decried him for his very self-centered announcement to go to Miami. But in the end, he yielded the opportunity to star alone to team with others like Dwayne Wade and Chris Bosh. He will likely do less individually, and more to win a championship. Perhaps he sees the value in being more of a role player, a Robert Horry with eight championship rings, than King James.

What do you value most in your online professional career? Individual accolades or great team successes?