The Meme to End All Memes 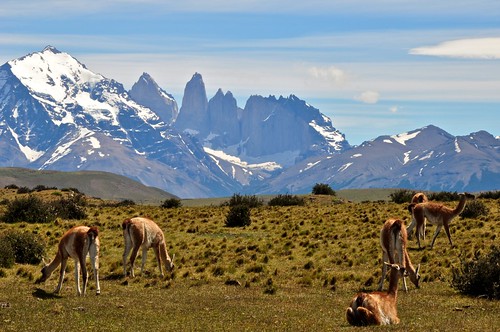 by Beth Harte and Geoff Livingston

With that, this is the meme to end all memes! Or at least these 10. This is written with a bit of east coast humor so take it tongue in cheek, please.

10) Social Media Gurus. We’re going to give Shel (and Jason Falls, who started it last year) the social media gurus meme. At this point in the game, it’s ridiculous. Not because people are or aren’t, but because so many companies are using social now that there are thousands of competent social communicators now. How about we give it a rest? It’s like debating about being an expert e-mail marketer. Zip A Dee Doo Dah!

9) Defriending, Friending, Following, whatever. OK, so you got unfollowed. Going to schedule a therapist appointment? Don’t like someone one else’s follower policy? Then unfollow them and move on. It’s been years since social networking began, live and let live.

8) Everyone Is an Author. OK, this is more of a back channel nasty one. And really, it’s so untrue. Even amongst the top tier marketing bloggers not even half have written books. Think it’s easy to write a book? Go ahead, make our day. It’s much harder than you think. In any year there are only 175,000 titles published in the U.S. by a smaller number of authors. Once you publish a book, you’ll see why it’s such an achievement.

7) Requests for My Time Suck. Really, stop whining. If you’re a successful blogger, people will pitch you for all sorts of things, from blog posts to free evaluations of their business plans. The lousy ones — including several from supposed expert 2.0 agencies (see above) — will pitch you crap, including press releases. This is a by-product of success, and really separating the good opportunities from the bad ones is an entrepreneur’s dream problem. If it’s that bad for you, then stop blogging. Otherwise, learn how to press delete more frequently.

6) The Social Media Clique. Have you been to high school? The world hasn’t changed much since then. So why is it social media seems to propel us back to high school behavior? (See above.) There will always be cliques that won’t let you in (but will take your ideas as their own) in and nerds that will embrace you… and everything in between. Stop looking at numbers and clout, because they are typically meaningless. Gee, even the big boys are ignored from time-to-time. Get over it and do something smart and meaningful with your time.

5) Vote for My Contest. We’re tired of it in our feeds. It’s time for the popularity-based charity craze to evolve into a much more productive form of crowdsourcing that can better benefit society sans social network spam. If you are running a contest, whether it’s for a charity or not, consider the traditional marketing aspect of targeting people in your market (novel, right?). Just because people are social, doesn’t always mean they will support every contest, even if for a good cause.

4) Personal branding posts. Anyone who reads either of us could count on this one coming. No one cares about your personal brand except you. And the people that care the least are the ones you are trying to impress; potential employers and contractors. There are so many more valuable things to invest mental energy in.

And trust us when we say, you don’t have enough time to truly understand and implement intelligent branding. Often it’s suggested to brands by experts (see above) that they “change” when their customers are unhappy and voice discontent—will you be willing to do the same? Change your personality? Didn’t think so. And that’s only one reason why personal branding is so disparate from real branding. We won’t even go into brand parity, but let’s just say everyone in the social space sounds the same. If you thought personal branding would be your unique qualifier, you’d be wrong.

3) “Social” CRM Posts. Particularly from PR and marketing bloggers who have never spent one week in a customer service position. It’s like watching an IT professional give a lawyer legal advice. Granted, social has opened new strains on the CRM sector and now creates more visible reputation issues, but this seems to be a business issue beyond the talking heads.

The biggest challenge here is that most CRM systems that PR and marketing folks have access to are set up for lead generation, not real relationship management. Adding a social element would require a few new positions in those departments like analytics, sociologist and ethnographer. Social CRM not be about only adding your customers Twitter handles and blog URLs. It should be about collecting data that helps you to get an outside-in view of how your customers see and interact with your company.

2) Social Media ROI. How many blog posts do we need to read on ROI? Seriously, if corporate executives and management can’t recall how to calculate ROI from grad school (or heck, undergrad for that matter), there are much bigger issues to deal with—how about focusing on those?

There’s a simple answer here that no one wants to hear. It’s this: Write a plan that includes a goal, measurable objectives, solid strategy, and tactics that include metrics (this is where you calculate ROI). Really, let’s move on. The ROI discussion isn’t a game changer but the discussion on how to change the corporate mindset to planning before wasting money on untargeted campaigns is. Can we focus on that?

1) The Influence Conversation. Bloggers (and the second tier business magazines fueling the conversation) turned sociologists analyzing their own influence, pros and cons, have created an even more vapid meme than the social media gurus or personal branding memes. We need more studies based on scientific evidence and less conjecture for this to move beyond a fight about whose Schwartz is bigger. And really the current posts aren’t as entertaining as Mel Brooks. Give it a rest.