The End of the Social Media Adoption Road 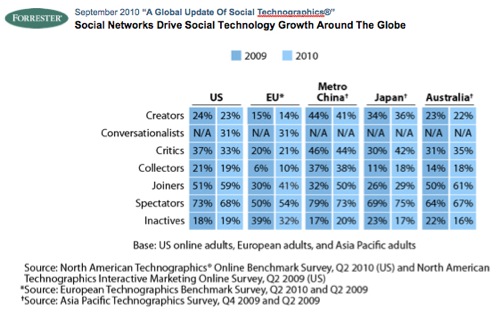 Two recent studies made me think we’re rapidly approaching the end of the technology adoption curve for social media. Yesterday’s Forrester 2010 Technographics research showed a retraction in the percentage of content creators, critics (people who comment), and collectors (link sharers) in the United States. While there is an increase in joiners, this can be accounted for by the older late adopters who are now coming on to Facebook.

Meanwhile adoption in the 18-49 segments has slowed down significantly. 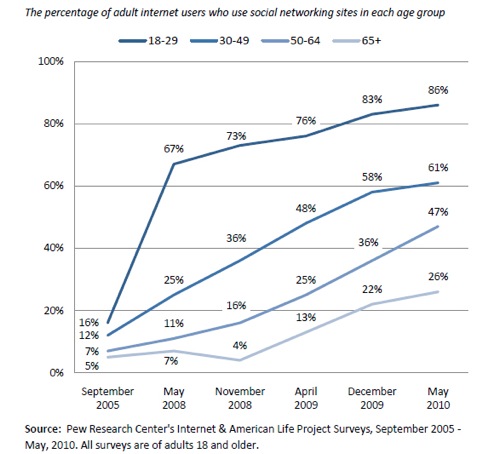 The Forrester analysis demonstrates that people are settling into natural roles. The decrease in content creation clearly shows a strategic opportunity for organizations that can provide valuable content for their communities. As another Pew study shows, blogging has slowed down with social network adoption even though content creators often serve as voices of authority within these same communities.

From an adoption perspective, we’re likely moving into the laggard stage currently. By year end 2011, social media will not be special, new or unique anymore. In my opinion, online will be just another information source.

Companies, nonprofits and the vendors that serve them will settle into a maturation phase where best practices become the point of competition. While there will always be new social technologies to adapt — such as augmented reality and location based technologies — the principles of two way communications will remain the same. It will come down to who can work with communities in the best fashion.