The Danger of Auditing the Echo Chamber 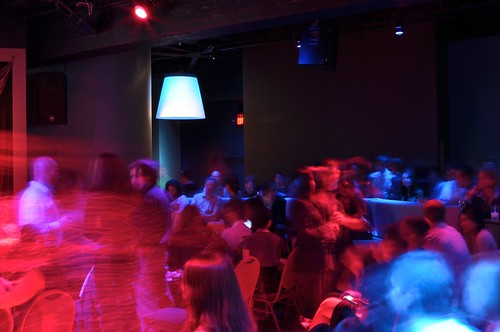 I recently sat at an event in the back row. Two gentlemen in front of me were listening to the speaker, commenting back and forth in a critical way. While it seemed cruel, it also seemed familiar, something I and many others on the Internet have and continue to do every day.

We audit thought leaders, friends and others opinions, and then reinvent the ideas, bandy them back and forth, and sometimes evolve them. It’s human nature. Consider the many conversations that are occurring this autumn about Mark Zuckerberg and his character as depicted in The Social Network, or the criticism and debate about Malcolm Gladwell’s recent New Yorker article on social change via social networks.

Assuming right and wrong, black and white can be a dangerous game. We assume a correct approach, a finite method, a sure answer based on our instincts, experience, and what we have heard. As a result, we can find ourselves disappointed as a result of expectations that may not have be grounded in the current factual reality.

Things change. Nothing can be the same as it was.

One can make educated judgments and decisions based on these assumptions, and often be correct. But at the same time, it is important to be open to change and new realities. Remain teachable as they say. This ability to adapt keeps us relevant.

Consider our theories and ongoing debates about influence. Who holds sway may change because our collective actions move towards the positive and negative. Some give influence to the popular, while others say influence ties to how many times your comments/content are shared with others. Perhaps it depends on the person.

The dynamics of social network technology continue to evolve. What gives someone clout can be taken away or impacted by new networks, capabilities and influences. I remember how in 2007 bloggers were pre-eminent. By 2008 Facebook and Twitter took hold, and comments began to occur on social networks. New voices arose to become influential, people who for whatever reason did not blog. While bloggers still hold a prominent role in these social networks, popularity via follower counts, retweets, links, and more became critical (and debatable) criteria for influence.

Today we are in the early midst of the mobile revolution. Frankly, we are just beginning to understand how pervasive mobile web access has become, much less how this burgeoning trend impacts our community behavior patterns.

There are eddies and pools, dynamics of social networking that reflect our true human nature. This sociological phenomena has yet to be truly grasped. Empirical scientific studies have just begun.

While we try to enforce finite concepts on this zeitgeist, we are at the same time evolving the way it works, changing our own information patterns as we seek to understand, evolve and grow this evergreen world. Because we are in constant flux, there exists a real danger in sedentary thought, and finite peanut gallery criticisms. It’s the danger of being left behind.