What People Care About (Not Social Media) 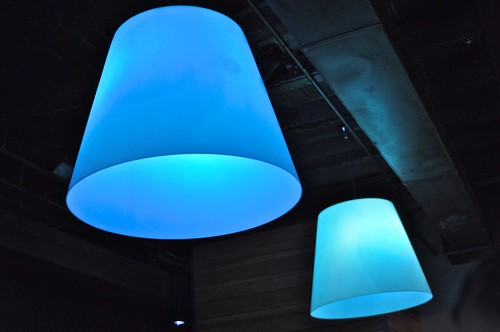 One of the more interesting threads from my “End of the Social Media Adoption Road” post was an opinion that adoption was not over. Two bloggers (and several Twitter friends) felt that the general public needs to better understand social media, that because of networked effects social media supersedes traditional media, and that the relationship within social media makes it a dynamic party that people are not participating in enough. Until those things happen, the voices of dissent feel that social media has not been adopted.

As a professional I want these things, too; however, I respectfully disagree on two fundamental levels, but mostly because I feel like the general public doesn’t care about social media. They care about their lives, and information gathering and participation simply serves that, regardless of the differences between media, or the full two-way conversational potential of social.

Firstly, professional interest in how social media is used or the adoption of communications technology is just that. The average consumer need not care about social media best practices, they just use it when it suits them. Just like they would a newspaper or TV programming. That’s not traditional media thinking, that’s reality.

People don’t care about communicators, tools, comment boxes, GPS check-ins or any of that junk. They don’t. They care about their dinner, their children, their job security, whether or not their team won, how they can help their community, etc. etc. To demand more than a pedestrian interest from laypeople is simply unreasonable.

The industries that have a vested interest — technology and communications — in social media’s adoption do care. While one can try to differentiate new media and traditional media attitudes, we’re still talking like technology and media professionals.

It’s incumbent on the professional to understand that the average consumer just doesn’t care about how relationships are being built or not being built, how revolutions are being formed or how earthquake relief is being gathered. They just do or don’t participate in these things. They consciously or subconsciosuly vote with their feet, err, fingertips. Our jobs as professionals is to become interesting and valuable to them. We’re lucky that we have social media now, because if we’re successful in at least a minimal level of engagement, we’re getting feedback and can better ourselves. That’s the point. End of story on that for me.

Technology Is Not People

Technology is not people. Technology is technology. Technology adoption is determined by percentages of use. Analyzing people’s usage patterns or purpose, the “proper” use of these tools, or conscious knowledge of their use of social media technology does not affect that percentage. Diffusion of innovation theory remains the same, as do the numbers. The numbers don’t lie. 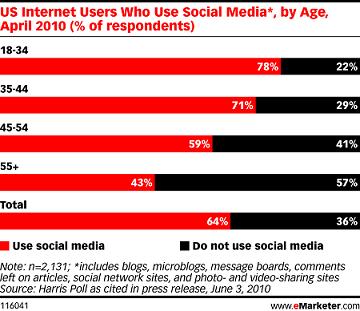 Ironically, my analysis was based on the more conservative of two reports on demographics as determined by age. If you see the above eMarketer study, you will see that the social media technology adoption is even further along.

I have a great professional passion for social media, and am thrilled to see other industry experts do, too. My sense of a lot of the debates about social media has been an overemphasis on tools, as well as a very strong conversation about the sea change these tools have brought to professional approaches of communications.

There’s so much more that professionals can accomplish with social to better our societies, especially now that most people in America are using these tools. I don’t think social media technology adoption is the end of the road for communications, just as I know for a fact that the widespread use of libraries in society did not end learning. On the contrary, the availability of more conversations is really just the beginning.

It’s now our challenge to make a compelling conversation for our stakeholders so that we are relevant to their lives. We are fortunate to live in a time when we can do so.