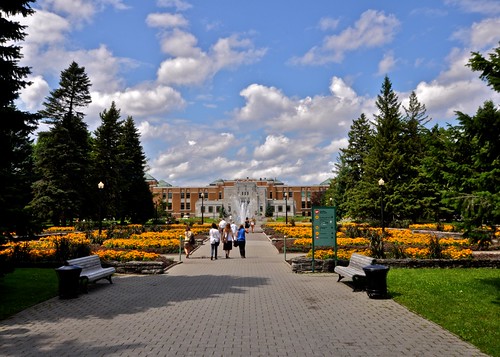 The following content is based on original interviews with:

Thank you to all five for taking the time to answer my questions.

These research observations are based on interviews with Care2, Dell’s Idea Storm, the Humane Society of the United States, LinkedIn and Wiser Earth. Each of my five subjects has a different role; one providing professionals with vast social networking capabilities; another dedicated to a social network community focused on change of all kinds; a third smaller social network that works to build a sustainable ethos; the fourth, a major cause whose community is network agnostic and focuses on animal rights, and the fifth, Dell’s Idea Storm, is a community crowdsourcing site that has successfully created more than 400 product ideas for the computer manufacturer.

In the cases of Care2 and LinkedIn, their communities existed well before Twitter and Facebook came to prominence. Dell, The Humane Society and Wiser Earth are newer, with their social efforts started in the last four years. All five of them have successfully kept their communities engaged.

While completely different in scope and scale, all five had remarkable similarities in how they have stayed relevant over the years. Whether it was continuing adapting to the community’s changing technology needs, a relentless focus on mission, or empowering access and information exchange through larger networks, these social networks and communities have done what was necessary to survive and prosper. Here’s a glimpse at some of the common approaches they share towards technology adoption.

LinkedIn has a unique technology approach, investing in new products and data analytics, so that professionals can more easily find one another, connect, and discuss topics they care about. Perhaps the greatest example of this is its groups feature set, which at the time of writing had 600,000 groups, with 1000 groups added everyday and 100,000 professionals joining a group every day. Other examples include its People You May Know service and its new popular Company Profiles.

The Humane Society’s team of six community managers is challenged by what could be called consistant platform flux. They need to continue to adapt their approach on networks like Facebook as the networks evolve, in turn producing new community behaviors. For example, as Facebook newsfeeds become flooded with branded messaging, and it becomes more important to be relevant and selective in the organization’s communications. In addition, the team is always experimenting with the latest tools to see which ones the community adapts to. This includes participating and creating contests and experimenting with geo-location tools.

During the first year of Dell’s Ideastorm the platform and how Ideastorm operated and functioned was continually evolving based on community feedback. Three years later, Dell is in the midst of considering how best to evolve Ideastorm. To ensure the evolution serves the community, the company is conducting conversations with the community that will directly impact direction for future.

For example, Dell community members may suggest a relevant idea, but because a product that would use the concept has just been launched, the company ends up tabling it for months. For the new Idea Storm, Dell has beta tested a feature called “storm sessions.” This rapid conversation topic is for a short period with a deadline and requests specific feedback related to any business matter under consideration. This is being considered as potential solution to the time alignment matter between product launches and idea suggestions.

Care2 keeps its community closely in its technology evolution, and goes to great depths to ensure that there are no surprises when a feature set is unleashed. The network deploys surveys, listen to feedback and analyzes usage data before making product decisions, and then solicits feedback before making significant site changes. Wiser Earth management also adheres closely to the community and polls them for feedback on new features, involving them closely in the process.

On the opposite side of the spectrum, community members rarely limit their conversation to one network or one topic. Empowering fluid conversation out of specific community conversations only makes sense.

Both Care2 and Wiser Earth integrated Facebook and Twitter connectivity as the networks rose to prominence. Wiser Earth opened WiserEarth’s directory via an API, in a campaign called OpenWiser, and its executive director Peggy Duvette runs their Twitter presence. Care2 deploys community managers operating on Facebook and Twitter, added its petition functionality as an application on Facebook, and has also integrated Stumble Upon into its offering.

While LinkedIn is more of a direct, more professional competitor to Facebook, it, too integrated Twitter capabilities into its status update offering. This offering creates a popular feature that turns the LinkedIn updates into tweets, and profession tweets into status posts using the #in hashtag.

As one of the network agnostic player of the five, the Humane Society also plays on both networks. But the organization is mindful that things can change, “It’s important to not focus on the technology, but on the people,” said Carie Lewis. “Build a loyal community so if Facebook disappears and you’re forced to go somewhere else, they will follow.” Dell has integrated Facebook into Idea Storm.

Deeper analysis of these players and their technology use, as well as how these five players address community conversations will be included in my next book, Welcome to the Fifth Estate (the follow up to Now Is Gone, which is almost out of print). Comments may be used in the final edition. You can download the first drafted chapter of the new edition — Welcome to the Fifth Estate — for free.