Today is Blog Action Day, and across the world tens of thousands of people will blog to benefit clean water. It’s a much needed discussion. Almost a billion people on the planet don’t have access to clean, safe drinking water. This is a year where we have treated our water with complete lack of respect, from BP’s Deep Horizon oil spill and the ensuing dispersant nightmare to the red sludge poisoning of the Danube River.

I have decided to participate again this year, but because of book writing, rather than write a long post, I’d like to offer a case study on charity: water, the primary beneficiary of Blog Action Day. The case study will appear in my new book, Welcome to the Fifth Estate.

In addition, as the environment has been and continue to remain a major issue for me I have decided to fundraise this holiday season for charity: water using my client Razoo‘s DonateAnyWhere widget. Please give and help build water wells in developing countries.

Case Study on charity: water for the Fifth Estate

One of the more storied brands in nonprofit social media has been charity: water. From its appearance as a favorite amongst bloggers to its designation as beneficiary for the first Twestival, charity: water remains present. As social has evolved, so has charity: water’s efforts, demonstrating a brand that can sustain and build upon its community. This was reaffirmed with its 2010 September campaign.

In 2006, founder Scott Harrison ‘gave up’ his September birthday party and raised enough money to build 6 wells in Uganda. In 2007, more people joined in and raised $150,000 to provide water projects in Kenya. The 2008 campaign saw charity: water focus on Ethiopia and raise $1 million. In 2009, the social media integrated mycharity: water platform was launched to enable grassroots fundraising for anyone supporting the cause. In 13 months that site raised over $4 million.

In September 2010, charity: water focused on Central African Republic, one of the poorest countries in the world. Our key goal: bring clean and safe drinking water to all 16,000 Bayaka people without access to clean water, and to provide all of
them with access we needed to fund solutions that would give 90,000 clean water via 210 water projects. The goal is to raise $1.7 million – all of it online, and the vast majority of it via individual fundraising campaigns on mycharity: water. 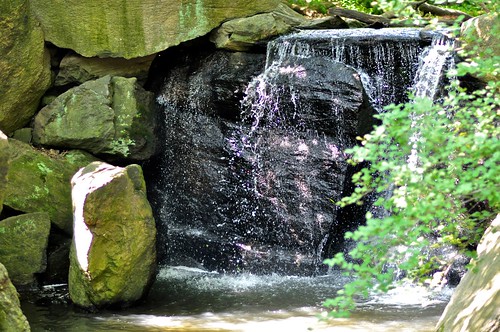 The average fundraiser on mycharity: water raises $1000, so the organization hoped to recruit at least 2000 campaigners. The greatest point of connection was a ‘Live Drill’ on September 7 in Moale, an isolated village that has never had clean water and twice in the past 20 years had seen attempted wells fail. Unfortunately, the charity: water well failed once more. But the cause shared the story, and the community responded with resolve.

September was charity: water’s most successful month ever in terms of money raised on mycharitywater.org and traffic to our site, significantly outshining any other month in the cause’s history. By early October, the 2010 effort started with a large surge, totalling $720,901 raised, 100% online via mycharitywater.org,
100% by grassroots individual fundraisers. In all, 2040 people started September campaigns between Aug 16 and Sep 30 to raise money for CAR. The campaign isn’t over, and will continue to fundraise for the remainder of the year.

Grassroots fundraisers varied from celebrities to communities, as well as beneficiaries. Will and Jada Smith joined the fight and gave up their September birthdays and raised more than $60,000. The Ruby on Rails programming community raised over $37,000:
Tariku, a child adopted from Ethiopia who lost a brother to waterborne disease, raised over $5000.

“Core brand attributes make it easy for us to play in social media,” said Paull Young, Director of Digital Media for charity: water. “Our 100% model means we send every dollar donated to the field, making us true partners with our donors. Trust: We ‘prove’ our projects by marking each water project on Google Maps and showing our donors where their individual money went. Transparency: we’re not afraid to ‘fail’ as shown by our live drill. Our greatest commitment is to our fundraisers, we’re much more focused on working with our supporters to help them raise money for us, than in repeatedly asking them for money or trying to drive clicks on a donate button.”