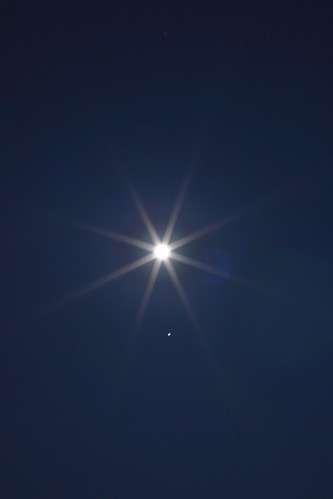 It’s been really awesome to see all of the conversations sparked by the End of the Social Media Adoption Road post. Since Jeremy Victor’s excellent follow-up where he did a study that confirmed we are nearing the end of organizational adoption, there was a great conversation by Dana VanDen Heuvel
about what this means to the industry.

Ironically, my PRSA International panel on Monday comprised of Deirdre Breakenridge, Mark Drapeau, Sarah Evans and Kami Huyse discussed the same issue (what’s next). My answer was the end of the thought leadership dominance by consultants.

What I mean by this is social media — and the conversation about its best practices — has largely been dominated by independent consultants (like me) and individuals within agencies. This has given rise to the dreaded social media expert meme. Now that businesses and nonprofits are adopting en masse and using these tools, expertise in corporations and nonprofits is catching up. Increasingly, these individuals are asking tough questions of consultants, and their own experiences are deservedly becoming highlighted as leading examples. The domain of thought leadership expands.

I read on GM Social Media Lead Christopher Barger‘s Facebook profile that his forthcoming book will be one of the few that is not being written by a consultant, but by someone who has been through adoption in large corporations. And that’s true. I think a lot of people forget that before Christopher joined GM, he helped IBM with its social media adoption.

As a consultant and author that has helped many companies and organizations successfully adapt, I know how hard the cultural issues can be. But the actual insider’s perspective is critical. And no matter how many times I have been through the wars (so to speak), other business leaders will always have a special affinity for Christopher and other internal voices’ experiences. Christopher has been there, just like them.

This migration towards organizational thought leadership is no different than the way communications was before social media. Then big companies (and great small successes) were the leaders that were discussed and sought out for marquee events. Agencies and consultants got kudos for being the folks that ASSISTED the organization to success. Some consultants like James Carville and Waggener Edstrom rose to the top for stellar performances, but they were the exception, not the norm.

In some ways, if I am even somewhat correct, I will be somewhat relieved. The over focus on consultants is disproportionate. It should be clients that get the majority of recognition and fame, not the consultant. After all, they paid for it.

What do you think about the future of thought leadership in online communications?