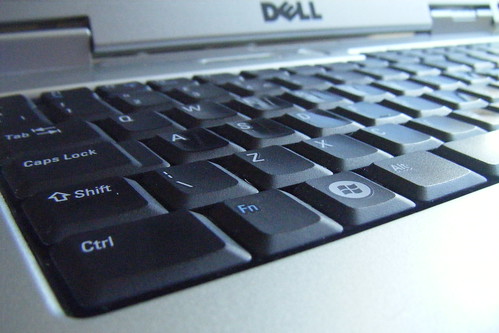 Dell was one of the first big breakthroughs using social media. During a period of time in 2006 and 2007, the company engaged in a customer service program to turn around its reputation. It started with a 49% negative blog post ratio, and reduced overall tonality to 22% negative.

As the company’s successful social media program evolved, it launched the successful Direct2Dell blog, a series of secondary support blogs, and community sites like the crowdsourcing Idea Storm. In the years since 2007, more than 400 ideas submitted on Idea Storm have become actual product ideas, and Dell Outlet Twitter feeds have been launched yielding millions of dollars in sales.

Now after years of success, the company is evolving its social media program, not just to sustain its validity (see planned IdeaStorm changes), but to adapt social communications as a tool across the whole fabric of the company. Social efforts are increasingly integrated in all our communication, but more importantly social is a tool towards better business…not just communicate. The company sees social media as a great tool, and it is attempting to embrace social as a betterment measure across the entire organization, in effect becoming a “socialprise.”

“This is not about campaigns or initiatives,” said Richard Binhammer, senior manager, outreach communications and executive initiatives, social media and community, Dell. “It’s about adopting social media as a way to do better business.”

For its efforts, which have just begun in earnest during the past few months, practically every social media tool has been deployed internally. For example The organization blogs. employeestorm, mirroring ideastorm, chatter a micro blogging platform like Twitter, etc.

To help the organization adapt, Dell has robust training initiatives with employee unconference in each of our global regions as well as training programs that lead to certification as a social media and community professional. At the time of writing, within two months more than 2000 people had been trained. In addition to certification, Dell has been training employees across the enterprise on use of our listening and conversation tools.

A daily tracking report is emailed to more than 500 people (including the CEO, CMO and lead of each of our business units) in the organization highlighting top topics in social media and overall twitter reach of various conversation threads. Interest in adoption is high across the organization.

“I can tell you that our 4 major business units — enterprise, public sector, small and medium business as well as consumer — all seem to be adopting social media as a viable tool which to use and connect directly with customers,” said Richard Binhammer. “Our product group is also engaging both on and off of dell.com.”

Early signs are showing positive results, with upticks in traffic to Dell.com, sentiment, share of voice, and revenue generated. Binhammer promises more statistics will come in 2011.

This case study will appear in my new book, Welcome to the Fifth Estate.