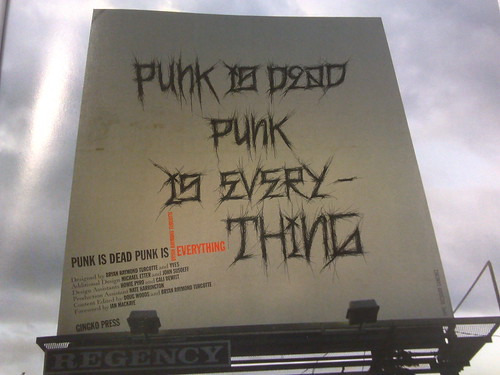 On February 2006, the Sex Pistols — the four original members plus Sid Vicious — were inducted into the Rock and Roll Hall of Fame. Their response: “Next to the Sex Pistols, rock and roll and that hall of fame is a piss stain.”

The height of disco was the mid 70s. The movie Saturday Night Fever prolonged the light, synthesized pop music’s stay on top of America’s charts, but it had a new competitor: The very raw irreverent birth of punk music. One could say that Andy Gibb gave birth to Johnny Rotten. This new anti-establishment movement was led by the Sex Pistols, and many other acts like the Ramones, the Clash, Patti Smith (so many to list, one blog post) and later evolutions through New Wave, and general cultural diffusion.

Punk challenged the mainstream and forced it to reconsider many aspects of what was considered “good” and “normal.” Today, thirty years later we are in the midst of a new media revolution where norms and “best practices” have been dictated by an echo chamber, mostly by top tier bloggers, that don’t necessarily understand the medium or deserve the ability to dictate best practices. It’s a time for punk social media.

You can see punk tones rising throughout the space. People are losing faith in the follower counts, popularity contests, influence determinations (often based on bad formulas), and control your message dictates. Don’t forget, more than 10 tweets a day is bad! Consider the birth of unicorn social media, the star spin smackdown, the anti-influence project, the Twitter snob theory, and yeah, I’ll throw one of my own in this hat, the anti-fan page (with all 150 members, please join and write something nasty on my wall).

Why so much discontent? Because people are having BS stuffed down their throats on “proper” social media use. Thanks, Miss Manners! It’s time to deconstruct the noise and really question it. It’s time to say no, I don’t have to follow everyone.

What Is Punk Social Media? 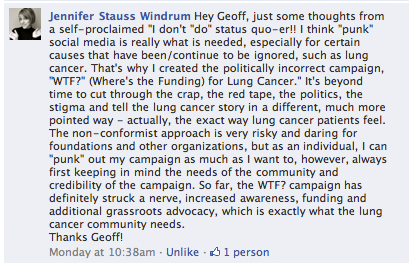 “Anything that Chris Brogan doesn’t do is punk social marketing. Read that carefully,” said Richard Laermer, author of Punk Marketing.

Ethics and attributes generally associated with punk include individual freedom, anti-authoritarianism, a DIY ethic, non-conformity, direct action and not selling out. Funny, those same attributes used to be associated with bloggers.

But success arrived. The A-List kool-aid became potent. Now it’s about protecting the established leadership. Bubble gum social media has come, and everyone wants to keep their 15 minutes of nano-fame.

Meanwhile… Customers want to know what the heck these social media people are doing with their dollars. Where is the value? Enter the ROI expert meme, unfortunately, that doesn’t equate to doing it. Customers aren’t stupid, and thought leadership, excuse me, thought respect, is something that is earned by DOING respectable things, not talking about it.

Punk social media — call it whatever you want, I don’t really care — means not buying into the Facebook fan page hooplah. Instead, it’s about using the tools to achieve populist actions with customers, donors and volunteers. It involves people (plural), not individuals stroking their greatness with their fabulous ideas or by playing the top ten community song. Doing it requires making other people into heroes, not yourself. That’s the art of community management, of real substance. That’s using your Clout to achieve direct action, as opposed to blowing smoke up people’s butts.

How did it become a communicator’s purpose to become famous? When did books go from idea vehicles to personal brand credibility vehicles? What are we doing with these leaderboard driven conversations?

Give Us Substance or Go Away 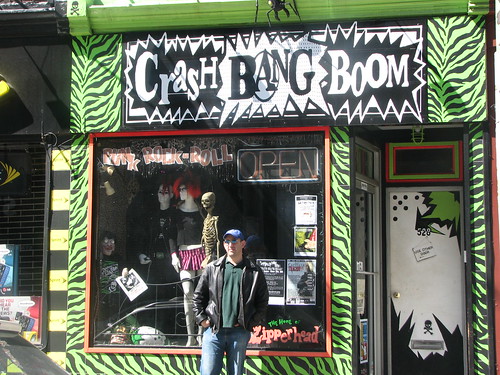 I did a mass purge on my reader about 18 months ago getting rid of almost every social media and PR blogger that is considered top tier today. Why? No depth or substance, only memes and BS about Twinfluence or the like. I stopped linking, and stopped engaging with the PR 2.0 crowd.

It’s arguable that my credibility and industry stature took a serious hit. Oh. Well. I knew it was time to exit stage left when personal branding and trotting around with Hollywood stars on Twitter were the most important conversations of the day.

Conversations online can offer substance, and I don’t care what’s popular. The tools won’t save the world. They are tools. We are the people behind the tools, and we can use them to do more than Like and share music (although those things can be fun, too), but that’s a choice.

Stop talking junk and theory, and show me what you are doing with the tools, and where you are taking your community. How are you evolving the medium? Are you organizing people to move the ball forward or are you abusing the tools for your own popularity? Are you following blindly? Stop! Stand up and think for yourself instead of saying, “Me, too!”

If you have guts and you’re real, you won’t yield to the community all the time. Sometimes the idea memes are off. Seriously. If I listed to what PR people have been telling me to do my whole career, I’d be working in a cube in some crap agency today.

If you cave to the Kentucky Fried Chicken Freaks and the Watermark Paperazzi just because they disagree, what do you stand for? Nothing. You’re just another piece of disco tech bubble gum.

Want to play a popularity game? Great, it’s not happening on this blog. Want recognition for doing great things? Awesome, let’s have a conversation. You don’t have to have a mohawk to win my respect. You just need to be substantive. Are your outcomes real and measurable? I’ll write a case study on you. Seriously. Standing offer.

Don’t like what I have to say? I’m not giving you what you want? We can have a conversation, but don’t expect a patsy response (or one at all). Still not happy? Unfriend me. Unsubscribe. The tune’s not changing. Shocking isn’t it?

P.S. This post will not accept trackbacks. Keep the SEO ;)