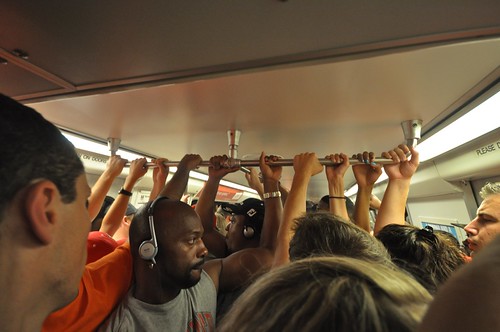 “Spreading your content across multiple networks will now directly impact your Klout score. As on Twitter, our underlying premise for influence is not the number of friends or followers you have, but your ability to drive action. Create great content and engage with your network and you will see your Klout score continue to rise!”

This is the message Klout sent my friend Maddie Grant and myself when we added Facebook to our score. Great to hear successful spamming is rewarded with a strong Klout score.

Klout’s become a bit of a well-discussed defacto influence measure. But even though it takes a wide variety of mainstream social network measures — including retweeting, conversation, Facebook comments, and updates scores monthly — I wonder how effective it really is.

For example, consider my Klout profile. Even though it was just updated, it lists Live Earth as one my primary influencers. This is because I RTed Live Earth every week at least once until last May. But Klout has failed to 1) update my profile to reflect current influencers and, more importantly, 2) understand why someone may be cited frequently. I was primarily RTing Live Earth because they were publishing my blog posts! So was I really influenced by myself? Even I am not that nihilistic.

There are other profiles in the influenced by/influencer of categories that I seriously question, too. I suppose that is to be expected from an algorithm. I also suppose it is to much to expect Klout to capture the zeitgeist, a moment when someone becomes suddenly influential due to an act or a situation.

There is really a lot to criticize about Klout. I agree with Mark Krynsky in particular that Klout needs data elements in addition to a better understanding of why people interact with each other. In addition, as KD Paine says, data can only take you so far, there’s a need for human analysis.

But more criticism is deserved, specifically to the communicators who have given Klout so much credence. While an interesting metric, it can tell you as much about people and their social networks as a barometer reading can tell a layperson about the weather. Consider the source.