Linkbait and Monopoly: Responding to Your Criticism

What’s good for the goose is good for the gander as they say. In that spirit, I have received and listened to several complaints from readers, friends and spectators over the past few days.

Some of the criticism was fine — everyone’s entitled to their opinion — but seemed to be a defense of ideas that were being questioned. And as such, the Teflon Revolution post written with Ike Pigott serves as my answer. But other criticism merits a deeper inventory and either a response or an amends. So dear reader, here are my responses:

Linkbait and Gearing Up

I respect Ed Shahzade a lot, and committed to him that I would consider his criticisms. The ones I’d like to address directly are in the above tweet.

The gearing up one is easy. The first and most well-read punk social media post — the one that really started this conversation, IMO — was published just before my daughter’s early arrival. Mindless and Elite was an extension of that concept using specific ideas from individuals who have top ranked blogs. I have blogged again on the topic since and am going to continue (more on this coming). So I would argue that I had the most welcome interruption possible, not that it was a vain attempt to jump start traffic.

In that original post, it concluded with, “P.S. This post will not accept trackbacks. Keep the SEO.” None of the ensuing posts (see the Punk category) had that denotation, and all of them accepted trackbacks. So I can see why Ed might feel that way. I have turned off trackbacks and added a writer’s note to both the Mindless and Teflon posts indicating that links and SEO were not my intent.

Now as a blogger, you can usually tell when a post has fire to it. From this post forward any “punk” post I write will have a disclaimer declaring that trackbacks are turned off, and to encourage bloggers not to link to the posts, but to consider them in the context of their own efforts. Further, I have changed the settings on the blog to only allow comments for one week on any post. Point being, the circus is not welcome here for very long. 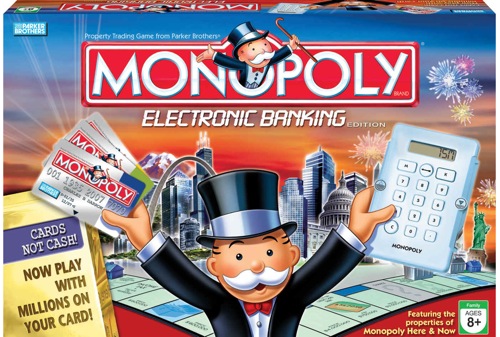 So am I spinning as a differentiator? If not, what am I doing? There is a strategy, and it’s very simple: Shake up — even disrupt — the current online communications idea market, inject new ideas, and inspire a return to core community values. These posts are thinking challenges.

When I was researching and writing Welcome to the Fifth Estate, I found myself constantly stumbling on bubble gum, meme oriented social media theory espoused by the most well read communications and marketing bloggers. Conversation seemed enforced, stiff and frankly wrong. Some of it may be intent or more likely, we are simply a market and a group of thinkers that are too comfortable with a successful formula.

So my intent is to do the following:

1) Break the monopoly: An unintentional monopolistic stranglehold is in place from the industry’s top voices that ignores and does not allow for criticism and dissent, and worse, the injection of new ideas and approaches (unless it comes from them of course).

Many of these people have called me friend in the past. They may not choose to anymore. That is fine. The principle that idea markets need to be open comes first. I hope we will see a renaissance in conversations between all industry bloggers, but if not, I hope to support a smaller faction of less well known voices that do engage in healthy discourse.

2) Provoke new thinking: We have become formulaic in our thinking about social media, and it is often thoughtless in the sense that it revolves around getting the most views, impressions, etc. instead of building real relationships. This industry is dangerously close to losing its best potential — fostering great relationships between people in and out of communities, organizations and companies. Instead, it is becoming its worst nightmare — a creator of shallow “value propositions” or a thinly veiled spam machine to achieve “Return on Attention.” In that sense, most of the posts I read remind me of Monopoly! Better buy Boardwalk first!

Dissent is often expressed as a list of wrongs. These lists are amusing, full of vitriol and fun. They have been published for years, here’s one I wrote in 2008. They haven’t worked very well as a mechanism for change.

So these new “punk” posts are directly trying to infuse ideas into the challenges, and provoke new thinking. Malcolm McClaren, the punk ethos of challenging discourse, moving conversations off Twitter and open fan pages and on to blogs again and groups, etc., are all examples of this.

Regardless of the above motives, some people will always accuse me of spinning this for market leadership. That’s fine. I am actively conversing with others who feel the same everyday. In that spirit, I will explore with others the possibility of moving the punk conversation off of this blog in 2011, and into a newer wider platform that is clearly not a personal blog. :) In the interim, perhaps it’s time to add a roundup post to the repertoire to highlight some of these other great minds.

“When liberty comes with hands dabbled in blood it is hard to shake hands with her,” Oscar Wilde.

Some people misconstrued the intent of the Mindless post to be a hatchet job on the persons cited. It’s not my intent to “take out” people. Far from it, this was about the above goals. If they embrace a more vigorous discourse, I would be thrilled. If they don’t, I’ll still foster that discourse with other people.

That being said, sometimes feelings are hurt, names get tossed about like kindling, and discourse becomes ugly. Right or wrong, when it became clear that many of you were perceiving the ongoing conversation to be a blood feud, I stopped immediately.

We Livingstons are a mouthy bunch. Bred in this environment, I have learned interesting ways to make my voice heard, some of which I am constantly trying to remove from my behavior patterns. Maybe Darwin should step in, I don’t know. Regardless, I speak about my beliefs and do so with passion. The topic in its own right is very challenging. Both my personality and the general conversational thrust will always rub some folks the wrong way.

This is an unfortunate truth of the forthcoming conversation. Ideas need to be challenged and as such ideas are usually attributed to a blogger. That means criticism will occur, and as a result, some egos will be offended.

For every Sam Adams we need a Thomas Jefferson, and while I have achieved neither of these great men’s heroics, I hope our Thomas Jefferson arrives soon. Until then and in that spirit, I will endeavor to be mindful about people’s feelings when discussing their ideas. When there is a rising cry of foul play, I will listen and, when appropriate, try to address these situations.

To demonstrate my sincerity in this matter I am donating $100 to Civilination. This 501(c)(3) believes that free speech is enhanced through civil dialog and a rational exchange of information and ideas. By fostering an online culture in which individuals can fully engage and contribute without fear or threat of being the target of unwarranted abuse, harassment, or lies, the core ideals of democracy are upheld.

Thank you for your feedback.