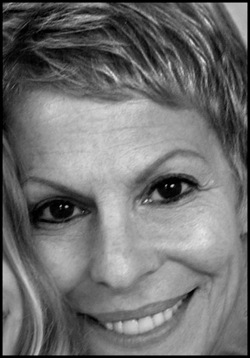 This guest post attempts to provide a third side to the Mindless and Elite topic, perhaps the most important one: That of the reader (and the final post on the topic). Debbi Morello (@debmorello) is an accomplished photo journalist and humanitarian (full bio follows). From the social media perspective she is on Twitter, but is not a blogger (yet). Her commentary today is based off her comment in said post, which I found to be unique and interesting. I hope you do, too.

I don’t know how many of you have seen the movie “Broadcast News” – I’ve seen it so many times I know the entire script. I believe this movie is timeless. Where this movie was spot on regarding the direction broadcast journalism at the time, it can also hold true for other industries as well. Love Albert Brooks, love William Hurt and of course, our heroine, with all her flaws, Holly Hunter. We can identify with these characters.

There is a great scene where Albert Brooks laments to Holly Hunter the demise of the real newsman and the profession he loves. Brooks tells her why he thinks the handsome shortcutting overrated anchor, William Hurt, could really be the devil: “He’ll just bit by little bit lower our standards where they’re important, just a tiny little bit, just coax us along talking about flash over substance; he’ll talk about all of us really being ‘salesmen’….”

Brooks’ character sees a dangerous precedent being set and tries to tell Jane, Holly Hunter, that the handsome anchor personifies everything she hates.

In your post you write: “Social media has evolved to reward immediate mindlessness and elitism. In that sense, it is just like our popular culture…. These represent a huge problem for us — excuse me, those of us who want to affect more deep meaningful outcomes with our online interactions.”

This resonated with me a great deal. I agree that (more and more) our society’s views lack depth and thought more often than not. I mean, how many people exercise their right to vote? When they do exercise that right they have probably decided on a candidate based on 60-second slanderous commercials.

Our attention span, particularly the next ‘best generation’ is about a nanosecond – if that. Everything is ‘right now’ – so how can we hope for depth and thought as the rule rather than the exception?

Let’s say when it comes to the social media world, in essence I’m the objective observer at this point. I have only recently embraced these relatively new communication tools. I use the term communication, because it “is” yet another way we have found to communicate.

I see a group of people, for lack of a better term, are the “original cast members” and I have not been impressed with what I see ‘now’ by some. No question they certainly made an impact early on and for a long time. I think some are spreading too thin trying to stay relevant, venturing into areas as if people that admire them do not have the sense to know there are luminaries outside the their solar system. Oh wait, they don’t.

Their name continues to have impact. Why else would someone be retweeted so many times when he hasn’t done anything new or meaningful? Or why would a top tier blogger still get so much attention when I find she actually hasn’t DONE all that?

I am not criticizing these folks, or singling out only them. However, I am critical of people that continue to be groupies and believe by associating with names, by retweeting and tweeting them, gives them cache. Really?? Or, that all the answers reside only with them. They don’t.

In his reply to Geoff’s post, Chris Brogan wrote this:

“It’s definitely to each his own. The post, written another way is, “There are far smarter people than Brian and Chris who don’t get a lot of attention.” Exactly! So, why is that??

Mark Schaeffer recently wrote a post on why Chris Brogan is invincible. I rest my case.

People: Believe More in Yourself and Others – many others, yes many, many others. Then “grow some balls” thank you, Danny Brown. Think for yourself, you really ‘can’ do it and then shine a light on someone else.

I see a lot of angst coming from a number of folks about current trends, an industry now cluttered with more “flash and less substance”. Why? Do you want the bubble gum masses or the enlightened? I know where I gravitate.

I am happy to have made connections with great folks whom I consider smart, thoughtful and genuine, and I consider elite in their thinking. I am sure many other share this sentiment about them.

I have been happy to un-follow folks who didn’t give me the time of day, aren’t interested in my value or what I have to offer, nor interested in having a conversation – ironically, these are the same people who make their career advising about this very topic mmmmm, in the end, that was all I needed to know about them.

At some point it becomes a Glenn Beck model – people get sick of all the attention the guy gets, but if people continue to give him the attention – no matter what the attention is – he stays larger than life.

Debbi has had an eclectic career path including cause marketing for a little paper that was just getting started called USA Today. Inspired to pursue photojournalism she spent nearly 15 years working for news organizations on several continents and winning international awards. For the last 10 years she has combined her keen eye and storytelling skills as a communications and outreach specialist for humanitarian organizations, U.S. government and UN agencies worldwide. Now she is eager to stay on this side of pond.