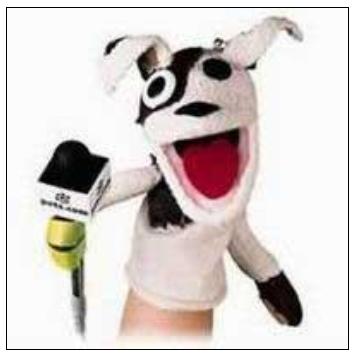 Jonathan Bask published a fascinating article in AdAge discussing the dangers of the social web for real businesses. While the article meanders to become the latest in a flurry of “ills of social media” articles, the real takeaway was social media doesn’t replace business skills. At the behest of the queen of successful blogging Liz Strauss, this write-up discusses core business skills — specifically those of product marketing — and how they cannot be replaced with social media savoir faire.

Somewhere along the way, social media folks thought they should completely reinvent business. That they knew better, and that could they completely disregard history’s many lessons about how to build great products that work. But more goes into product marketing then just listening to memes of what’s cool. Online idea markets have inherent weaknesses to them, including making bad ideas popular (personal branding, anyone?).

Bask writes, “[The business owner] needs to sell better hubcap fasteners, and there are a wide variety of operational ways he can do so. Sharing that reality with his customers is the marketing opportunity offered by the social web, not a substitute for it.” Meaning that having social media conversations — or even a neat collective idea about a cool thing — can’t replace hard product marketing skills.

Perhaps a recent example can illustrate the point. This week’s launch of Jumo was supposed to be the second coming of cool to the causes segment of the social web. But the launch was a nightmare, bogged down with bugs and early adopters questioning the network’s purpose. Frankly, Jumo as a product offers no new value to a cause-oriented social web that already has established private networks serving it. Some have argued that this was just the beta phase. If so, major changes need to happen for Jumo to survive.

Founder Chris Hughes is supposed to be a social media genius (Facebook, Obama campaign), but clearly the basics of product marketing were missed. Specifically, what makes Jumo different, does the market really need it, who will use this, and how will it be marketed to them? The marketing launch could have been tested a little more closely to avoid the many errors in code, content and interactivity on Jumo.

The polar opposite of Jumo would be Apple’s iPad. Steve Jobs and company had little social web interaction at all with the iPad being a thing of conjecture. The name was railed upon by social web sycophants, and it was an oft questioned product. Nine months later, the iPad is a runaway hit. Why? Brilliant product marketing and development by Apple, an example of why the company continues to stay relevant.

That’s not to discount social business and its usefulness towards product marketing as a whole. Consider that this tension has occurred with each new wave of communication technology. The dot com era had its fair share of winners (eBay) and losers (Pets.com), too. Just like social media, the dot come bubble changed businesses but did not unwrite core tenants of business like product marketing skills, salesmanship, human resources, executive leadership, etc.

In reality, social media can work as a two-way communications toolset to help facilitate product marketing functions and make it better. Consider how Dell has used Idea Storm to generate many product suggestions, 400 of which have been vetted through product marketing and development and released to the marketplace.