The Over Commercialization of GeoSocial

This holiday season has seen a flurry of geolocation deal posts, where people can find great offers by checking in. Foursquare even offers the Holiday Hero badge in conjunction with Radioshack, a 20% discount for mobile courage. But the deals highlight a larger problem, which is a flat (even shrinking) geosocial marketplace according to Pew Internet, with Foursquare and Gowalla showing flat usage during the second half of the year.

There are serious problems with geosocial in its current incarnation, including well discussed privacy issues, but also a boredom factor that cannot be ignored. After so many badges, the game element loses its interest. If one is not extremely open about their physical whereabouts (and older people and parents are much less likely to be open), then the geosocial experience in its current incarnation has challenges. Finally, add in the constant deal spam that seems to pop up wherever you check in now, and the experience has become a turn off. 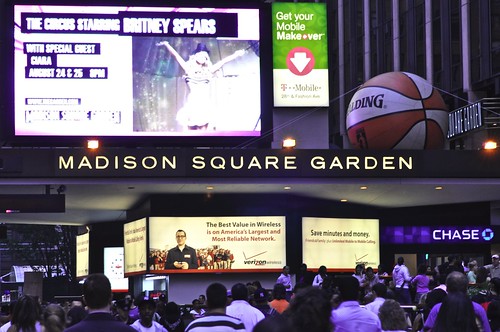 Allyson Kapin discussed the matter in her post on nonprofit use of Foursquare and Gowalla: “My hunch is that Foursquare and Gowalla and similar services are going to need to adapt to survive. Why? Because most of the world does not really care about mapping their check-ins to let their friends know that they are grabbing coffee down the street.”

Since the beginning of the year, this commercialization — the monetization of geosocial — has been the primary development point in the two main networks. Deals are great when you are looking for them, and God news the crazy valuations that Groupon and LivingSocial received last week proved that deals have a place in social media. But deals only offers a limited use experience, and not everyone wants to be the Groupon Lady/Guy.

A balance between community interest and commercialization has been struck, and it has flattened the growth curve. While ROI has been achieved Pew shows a one point drop to 4% of total Americans accessing Foursquare and Gowalla services. The user experience isn’t compelling enough to keep momentum going.

Current geosocial users are primarily young, single people in the 18-29 age range. A powerful demographic indeed, yet Gowalla and Foursquare will need to go further if they intend to be anything more than niche mobile social networks. More needs to be done to develop a meaningful community experience that appeals to additional demographics.

Last week marked the release of Gowalla 3.0 for the iPhone, which saw cross-platform integration with Foursquare and Facebook Places. There is a new Notes feature that goes beyon public tips so users can leave short private messages for friends at specific locations. This provides a much more personal feature set that makes sharing location interesting and exciting. Bookmarks were also added for favorite locations. With more features, more personalization, and increased cross-platform functionality, this new release may be a turn towards the right direction.