Silence Is Not Golden

This post is the first in an open blog debate about slacktivism between myself and Bad Pitch Bloggers Richard Laermer and Kevin Dugan. 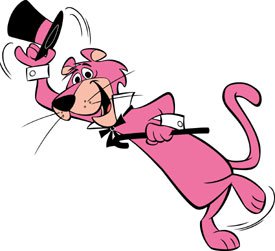 Last weekend a cartoon avatar campaign swept across Facebook, an effort to raise awareness about child abuse. It became a pretty substantial event in Facebook, which triggered debates about slacktivism and the value of awareness versus real bonafide outcomes. The effort was brought about by a Phillipine volunteer named Jay who was horrified by child abuse in his own country and wanted to raise awareness.

After receiving significant push back on the social web for a meaningless effort with no calls to action, no formal 501c3 backing him and accusations of being a pedophile (ah, the social web, ain’t it grand?), Jay added several URLs to causes combatting child abuse across the globe. In essence, the campaign page became a referral source for organizations who could do more, in the end amending criticisms about a lack of call to action. But should Jay have received the schlacking he did for successfully creating a viral campaign that highlighted this important issue?

There is a camp that says that awareness doesn’t mean anything. Consider Nedra Weinreich‘s Awareness Schmawareness video below, which does a great job of discussing this debate.

Outcomes need to happen and should be part of the game plan. As mentioned last week, professionals need to pay the piper, and in cause work that means delivering actionable outcomes such as donations, lowered child abuse rates, or increased reporting of incidents.

But given a choice of something over nothing, I would rather raise awareness, and hopefully mindfulness, so the opportunity for action exists. Awareness is needed before people act. If someone is unaware, how can they act? In essence, energy — even misapplied or as Tom Watson said Goofy — still can create better outcomes than no energy at all. The Ladder of Engagement begins.

When it comes to horrible issues like this, domestic violence, or drug and alcohol abuse, not talking about the issue is the worst possible outcome. Silence is not golden. In fact, it creates more damage and hides abusers, creating a cloak of silence to enforce their behavior. There is so much shame around these issues.

Consider how many people thought about child abuse for the first time this weekend. Maybe they even had a conversation about it, something that is rare given the taboo nature of the topic. Now a vocal minority wants to punish people who begin discussing it by calling them slackers.

While professionals may find good reason to pick apart a campaign like this, these kinds of affairs are not going to simply get better, nor will they stop. According to the National Conference on Citizenship, in the United States alone 29% of Americans (62 million) take civic actions on their own without the help of a formal 501c3. Either they don’t think to do it with an organization, are not happy with the existing 501c3 offering, or feel empowered to go and Do Something. It’s not safe to assume that the remaining 71% of civic acts under the auspices of nonprofits are well executed either.

In the age of social media, every citizen can become a voice. They also choose to blindly consume information or question it. Until we as a society start educating people on how to consume information, content and efforts will remain that of amateurs.

That being said, when an amateur does something right, even if it is raw and flawed, he/she shouldn’t be shamed into silence with misplaced anger. This is the great promise of the Fifth Estate, the ability to discuss matters when the conventional press and establishment — in this case the nonprofit community — isn’t doing it well. That promise of free digital conversation cannot be taken away now (even for Julien Assange).