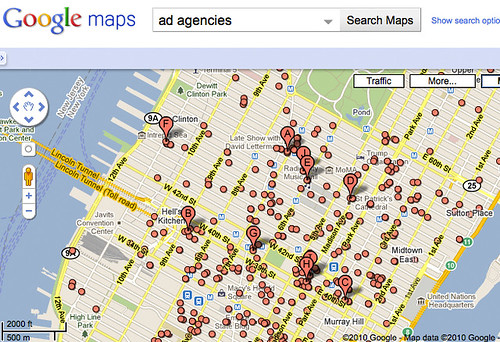 When an industry is operating in a hype bubble, it creates statements like this one: “Silicon Valley Will Be the Next Madison Avenue.” While claiming that Facebook social ads are the coolest property out there, one forgets who buys the ads. Media, algorithms and tools are not agencies, nor do they replace marketing skills; they are just products that make Madison Avenue better. Meanwhile, Madison Avenue is adapting and thriving.

For some reason, technologists want to replicate the David vs. Goliath myth towards Madison Avenue. They believe small groups of people armed with tools are going to replace big agencies, when in reality big agencies just buy the tools. Tools don’t replace marketing or communications. They just enhance them.

Applied, small groups of people with more advanced tools can do a better job of competing with big agencies, for sure. But ultimately they can’t scale. Large corporations rarely trust small agencies to handle all of their marketing and PR. Instead they trust their large agency partners to partner, hire and find the talent they need to successfully navigate new environments.

How did the big conglomerates kick all of these little agency and technologist butts? They acquired agencies, hired solo practitioners (and adjusted their cultures to empower them), and bought the tools. Consider the fantastic teams being built at Edelman Digital, Porter Novelli, the emerging Dachis Group (now a big agency acquisition target), etc., etc. Work? How about Pepsi Refresh (Weber Shandwick) or Old Spice (Wieden + Kennedy), just to name two campaigns from 2010.

The same thing happened in the 90s when public relations was making inroads on advertising. Ever hear of Ogilvy PR?

Advertising as an industry finds itself in the crossroads of digitalization. With online ad spends surpassing TV buys, it’s no wonder figuring out the marketplace leaves many professionals confused and stymied reading the tea leaves.

Big agencies aren’t going away, and online still only represents 35% of ads bought. Meanwhile, agencies adapt and get stronger by acquiring, well, Silicon Valley tools and the people that know how to use them. Until one of the big agencies moves its headquarters to Silicon Valley, look at such audacious statements as insider puffery in the midst of a bubble.