What ARE Influencers Good For? 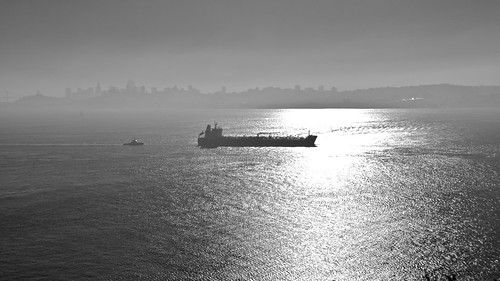 The influencer hype bubble overvalues the role of popular digital voices in an online marketing program. Influencer attention can’t sustain a community over the long term, and using them often fails to produce strength of online community and actual business measurements. Rather than producing another post deconstructing the influence model, let’s try to take an objective look at what influencers can and cannot lend to an organization’s communications program.

It’s important to understand what influencers achieve in the larger social context. For the most part that consists of bursts of attention, and a perception of validity. In essence, this is the online version of media relations: Earned social mentions creating an aura of credibility.

Just like the traditional PR world, this tactical choice has its limitations. Mostly, it simply creates a word of mouth opportunity that needs to be backed by an actual product and service that a real pre-existing community likes. In addition, if deployed in an advisory role, influencers (the trusted servant kind, not the personal brands) can serve as a barometer for how a community will respond to an initiative.

Conversely, influencers don’t create the day-to-day participation and conversation necessary over long periods of time to develop and sustain a community. They can’t create valuable content for your stakeholders — unless you’re willing to sponsor full time bloggers. Influencers don’t manage communities and distributed networks of loyalists in such activities as crowdsourcing. Finally, influencers don’t produce the business outcomes that a loyal community delivers when it has embraced a symbiotic two way relationship.

A tow boat can only take a freighter out to sea, but if the actual ship is not sea-worthy it will sink with or without the tow. Similarly, influencers can only draw attention to something, but they can’t make a business, cause or idea succeed over the long term. Far from it. Let’s take a look using a familiar and recent case study. 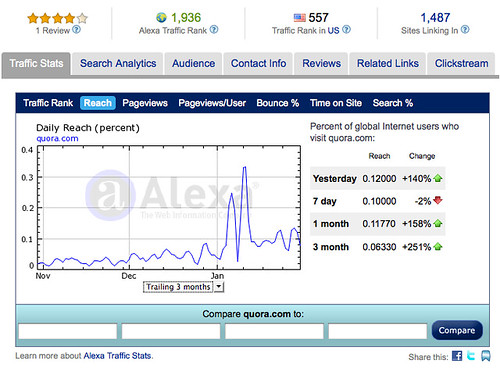 As you can see by the above chart, the excitement over Quora has slowed down after the Silicon Valley influencer-driven bubble that started during the holiday season. It’s also interesting to note the drop in traffic preceded recent criticism and squabbles about Quora from that same Silicon Valley influencer community. Arguably the debates have given the site small, barely noticeable spikes. However, Quora’s overall traffic has increased since November, indicating the social network has successfully retained a minority of its new users.

The post-influence bubble decrease in traffic occurred because many found Quora’s product to be less interesting than advertised (and somewhat misrepresented as a blogging service). The spike featured industry specific conversations, and did not offer a broader consumer or cross-sector appeal. In essence, the influencers served as trade press, creating an echo chamber, but one that failed to compel non-insiders.

The higher plateau post influencer attention shows that Quora was able to retain some people who like question-based and information wiki-like products online. This can be credited to the preexisting community that had already seeded many questions and served as moderators. In actuality, the site was already growing in traffic naturally without the influencer bubble. The newly retained traffic after the influencer spike may have hastened Quora’s growth, but not by anything more than a few months.

Similar to an advisory board’s role, the usage created public feedback about problems with Quora, from its wonky interface and geekiness to popularity based answers as well as questionable moderation and editing. In some cases, influencers complained about censorship and their posts disappearing. Quora will need to respond and address these serious flaws if it hopes to become anything more than a niche community.

All in all, using the tow boat analogy, Quora has been brought to sea, but there are serious questions about its sea worthiness. The ship labors off the coast.

The influence bubble brought great attention, but Quora did not fully capitalize on the opportunity. It also needs to get beyond the confines of the Silicon Valley influencer circle and generate a much broader series of topical questions and answers if it intends to become a mass market success. It should be noted that there’s no business model in place to monetize, and given the large influx of traffic, this too can be considered a lost opportunity.

While Quora was “discovered,” its experience serves as the perfect example of the positives and limitations of influencers. As such, it should serve as an example of what to use influencers for… And what they cannot offer in the context of larger marketing programs that include product marketing, broader public relations efforts, advertising, as well as additional Internet marketing and tactics.

As for Quora itself, the question-based social network has work to do, but it still has business value, and should be monitored by professionals. Keep in mind that overall, in spite of the spike, traffic is still increasing.

What do you think an influencer’s role is in an online program? Does Quora have what it takes to make it?

P.S. Quora users seem uninterested in the question, “What are online influencers good for?“