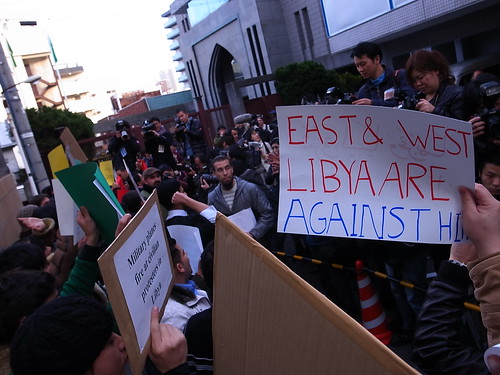 Secretary of State Clinton made a speech last week committing to the ideal of an uncensored Internet as a primary tool for freedom. Her remarks — while in contrast to U.S. reactions about Wikileaks and the Obama Administration’s questionable policies on net neutrality — were made in the wake of the incredible events that have occurred in Tunisia, Egypt, Libya and other Arabic countries. As a result, liberty via the Internet has become a top policy objective.

Throughout the Middle East’s unrest, individuals have used the Internet to communicate, speak out, and organize against totalitarian regimes in their countries. Further, citizens in Arabic countries can inform the rest of the world via social publishing tools, providing networked awareness of protests and actions. Just watch NPR’s Andy Carvin share updates he’s found from the Middle East, and you will see this form of network weaving in effect.

Lest this post spark yet another, “Twitter Can’t Topple Dictators Article” yes, none of those revolutions were directly caused by social networks or other Internet tools. Rather, the Internet served as a communications tool, a catalyst for freedom.

Dissidence can be very dangerous. Speaking out doesn’t always yield a positive result. For example, Syrian blogger Ahmad Abu Khair was arrested this past weekend (Khair was released today). Given how some hardline totalitarian regimes like Syria, Iran and Libya react to protest, Khair’s life could have been in danger. Social networking can also provide a trail of dissidents for authoritarian governments.

Finally, when a revolution moves to the streets, it can become lethal. Muammar el Qaddafi’s genocide to keep control of Libya has demonstrated exactly how bloody revolutions can become. Many brave souls fight under the threat of execution for freedom in Libya. God willing, may they have success.

Yet the net gain of Internet tools cannot be dismissed. As Clay Shirky said in response to Malcolm Gladwell, “Even the increased sophistication and force of state reaction, however, underlines the basic point: these tools alter the dynamics of the public sphere. Where the state prevails, it is only by reacting to citizens’ ability to be more publicly vocal and to coordinate more rapidly and on a larger scale than before these tools existed.”

For those of us that have been professionally working online since the World Wide Web’s inception, this triumphant use of Internet tools harkens back to the Information Superhighway. It was under Bill Clinton’s watch that Al Gore worked diligently to promote the National Information Infrastructure, with its vision of placing digital printing presses in every human being’s hands. The Digital Divide was a huge issue then, and in light of recent events, it should be again. We see now that the dream can be realized, that the Internet catalyzes freedom. 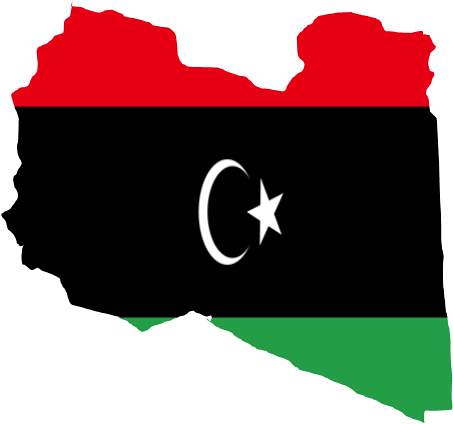 Empowering speech online as a catalyst for greater freedom means providing these tools to every person across the globe. Statistics show that almost 2 billion people have access to the Internet, roughly 29% of the planet’s population. However, roughly half of all Internet users do not have access to broadband globally, limiting their ability to interact.

In a typical mistaken way, the State Department celebrated its policy declaration by publicly launching Twitter feeds in Arabic and Farsi. While propaganda is an old hat for the government, it doesn’t empower people to think or choose their own ideas of freedom. What is needed is a much stronger policy towards providing infrastructure rather than political ideas.

There are three main priorities for increasing access to the Internet and the incredibly diverse universe of ideas and conversations globally:

Wireless Infrastucture: Wireless has allowed many countries to leapfrog the landline telecommunications nightmare, an insurmountable investment in fiber optics. Encouraging widespread diffusion of 4G, WiFi and other broadband wireless technologies is the critical first step.

Mobile and Portable Computing: Smartphones and portable computing devices like tablets and netbooks are the tools of freedom. Lower costs break the Digital Divide, empowering people across the world to access the Internet via broadband tools and easily publish information online. By seeking to provide as many wireless enabled smart computing devices to global citizens, countries can foster a higher level of communication and interaction.

Accompanying deployment of mobile devices, is the development of software and Internet tools that work well on these devices. Desktop applications need not apply. In that sense, HTML 5 is a great equalizer, as have been the many mobile applications built over the past few years. There is more room to grow for the mobile/portable web.

Skills Development: Education initiatives across the globe should focus on how to teach people to digest information intelligently. We need an empowered, functional Fifth Estate, and a critical aspect of that is digital literacy. The overall quality of content has decreased with the rise of social media, infusing much more opinion than fact.

Teaching citizens from the U.S. to the Middle East and beyond how to use digital communications and publish better information will help dialogue. Nonprofits and companies like Internews Network and AllVoices are working towards this laudable goal. We need to go further, and make digital literacy and publishing a core tenant of any child’s education.

All governments should seeks these three objectives as a means to promote liberty online. What do you think of the Internet as a tool for freedom?