The Ethics of Flash Mobs 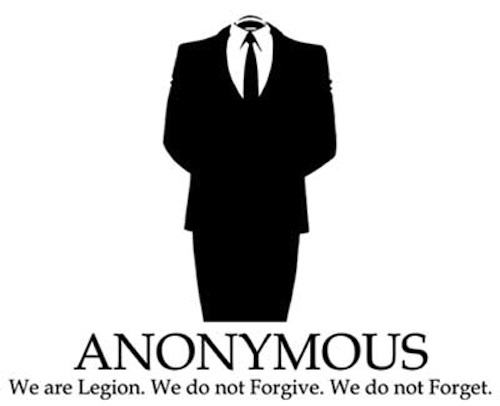 While usually used to organize rallies or market consumer products, online flash mobs are a favorite tactic to silence or overpower opposing viewpoints. Sometimes they involve a negative commenting campaign on a Facebook fan page or a blog. Other instances feature more risque action, such as sending supporters in to report a fan page as spam or taking down someone’s web site.

The above examples are the public ones. Many are not. From animal rights and pro-life activists to political voices and free speech advocates, some deploy attacks to silence their opponents, anonymously organizing in the background and acting publicly. What are the ethics of the flash mob as a means of dissent?

Anonymity, the Mark of Unethical Behavior

The core of flash mob ethics revolves around anonymity. If organizations and people disclose their identity as part of their mass action, they are acting in accordance within the norms of public communication. In addition to publicly disclosing who they are, mindful civil discourse should be used.

“If you’re going to ask folks to comment, en masse, each person who posts a comment is obligated to reveal his or her affiliation,” said Bill Sledzik, associate professor in the School of Journalism, Kent State University. “It’s the only way the process can be transparent. Of course, rules of civility should also be followed, but folks do tend to get out of control when the issue is an emotional one. The ethical rules really don’t change from one platform to the next. So long as the intent of those posting is to make their case, and they do so with transparency and civility, I don’t see a violation.”

In the end, from a larger objective standpoint, strategists have to decide whether the negativity of such attacks really helps the larger effort. Winning may tarnish an online brand. In essence, by attacking with a public flash mob, a group may win the battle, but lose the war. For example, PETA often wins many of its core public issues, but lacks respect outside of its immediate circle of supporters in large part because of its questionable tactics.

“I know a lot of people will disagree, but is there any victory in winning through negativity,” asked Danny Brown, communications blogger and co-founder of Bonsai Interactive. “Why not get the same followers to promote all the good your organization does, and really push that to others as opposed to trying to change minds that are already made up, not to mention the negative response you could bring on yourself?” 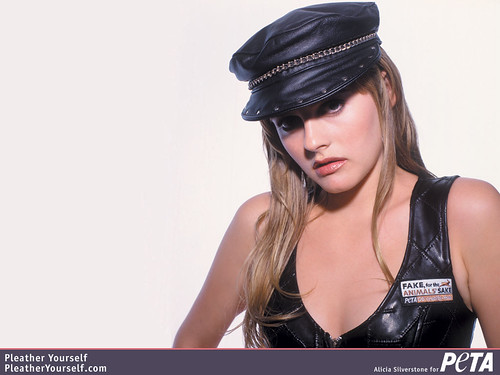 Sometimes the mob can be unruly and down right mean spirited, resorting to nasty personal attacks and even threats. Individual voices act with passion and virtual force to achieve their objectives, creating charged situations where feelings are hurt. The loudness and sheer magnitude of the attacks silence the opposition.

“Using whatever communication means available, whether social networking sites, blog comments, Twitter and others to effectively gag another’s ability to express themselves is dishonoring freedom of speech and in my view, not defensible,” said Andrea Weckerle, founder of the nonprofit Civilination. “That doesn’t mean that all views are socially or morally defensible, but as an approach, in a free society we need to defend others’ right to expression and not use strong-arm tactics to force them into silence… When the methods of expression reflect personal attacks, insults, hominem attacks, and threats against individuals and groups, the intent is pretty clear.”

The civility issue seems to come up the most in politics with a focus on extreme elements in U.S. political parties. The outcry that occurred after Arizona shootings in January brought this matter to a new level of public discourse. At the heart of it was Sarah Palin’s efforts to rally on and offline Tea Party activism using gun sights targeted at Democratic Congressional districts, including the critically wounded Representative Giffords’ seat. How appropriate are extreme online and public attacks?

“I prefer to live in a society in which laws, however corruptly enforced, not mobs, decide who is guilty and how to punish them,” said Howard Rheinghold, author of Smart Mobs. “There is the public sphere in which demonstrations and boycotts are legitimate actions, and online flash mobs tipped presidential elections in Korea and Spain. But drowning out voices of dissent has no place in a democracy.”

It is a hard discussion, one that balances free speech versus decency. As we have seen with Anonymous’s most recent target of the often controversial Westboro Baptist Church, two wrongs don’t make a right.

Recourse for the Flash Mobbed?

Recourse is the first instinct for the flash mobbed organization or person left with a blog littered by negative comments and in-bound links, or worse, a fan page or web site that’s down. But it’s not as easy as a gut reaction to fight back. Sometimes fighting back simply prolongs the issue, even validating it. An organization or individual needs to take the time to respond intelligently rather than simply react.

The first and most obvious area of recourse is negative commenting that’s anonymous and/or attacks personas. It is increasingly acceptable to delete such attacks on one’s own fan page or blog. It is advisable to have a publicly stated social media policy that clearly states the organization’s position on anonymous comments and attacks before an incident.

“First, I would delete all comments that use profanity or resort to personal attacks,” said Kent State’s Bill Sledzik. “If the comments are transparent and civil, we have to live with it. When they’re not, we have to call them out for their dirty deeds – and fight back as best we can.”

“If comments are being left on one’s own blog, for example, the blog owner can decide which to allow and which not to publish,” added Civilination’s Andrea Weckerle. “This is not censorship, as far too many people believe – censorship applies to suppression of speech by a government body”.

The next level of recourse is a public statement. It’s important to do this when the situation involves negative, incorrect information about an organization or a person. But it may be best to weigh the gravity of the flash mob attack. Statements and counter actions should be reserved for serious situations that damage a person or an organization’s long-term reputation. In such cases, engaging one’s own community to help makes sense.

“Reach out to your community and ask if they can write about their experiences with you,” said Danny Brown. “Continue to monitor sites and postings about you, and if need be, ask for complete lies and non-facts to be removed. Try and counter bad exposure with facts and good exposure, and use SEO to work in your favor to (hopefully) counter the bad over a sustained period of time. It’ll be tough but it can eventually be countered.”

In the worst situations, people and organizations should seek legal recourse. Certainly violent threats and illegal actions like shutting down web sites require the attention of law enforcement officials.