The Fire Book is the third primary chapter of the Five Rings, following the Ground Book and the Water Book. This book is probably the most exciting of the five books from a strategic positioning standpoint as it delves into direct interactions. Here are five interpretations about how these approaches apply to today’s communications marketplace.

“Because you can win quickly by taking the lead it is one of the most important things in strategy.” Musashi

This is a timeless truth in marketing. Once you have the lead, it becomes very difficult for competitors to unseat you. The superiority of the leadership position prompted one of the most famous ad campaigns from second place rental car company Avis, “We Try Harder.” Microsoft still has the leading computer operating system on the market in spite of numerous missteps with Windows. GM only surrendered its lead as top U.S. car manufacturer after an epic bankruptcy.

Leadership is a matter of seizing an open marketplace through marketshare. Achieving marketshare usually comes down to a single or a combination of critical differentiators with a product or service, such as quality, cost, or ease of use. Marketing the differentiator as unique and superior to competitive offerings fuels demand. If word of mouth ensues a leadership position can begin to develop. Marketing’s role at that point is to communicate the leadership position, why the product is superior and to expand market share to a dominant position.

Before Twitter became the globe’s leading microblogging service it faced significant competition from Pownce, Jaiku, Friendfeed and later Plurk and Brightkite. However, Twitter’s very simple premise of 140 characters differentiated it, and at SxSW 2007 the company caught a break and word of mouth created a huge spike in new users. The microblogging network, err information service, hasn’t looked back. 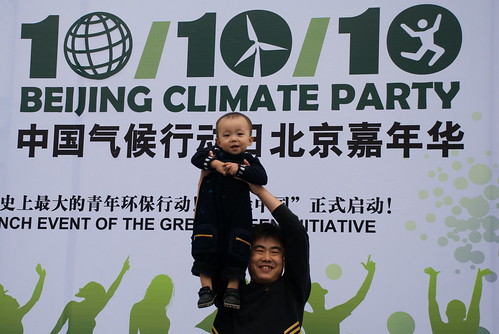 “You must look down on the enemy, and take your attitude on slightly higher places.” Musashi

Taking the high ground has long been a strategic truism for physical engagements. Translating that to products, services and causes is really about finding a market need or creating desire. If there is an obvious market need for a solution or if you can create one, communicating becomes much easier. Conversely, if you don’t have a need, your marketing “attacks” from the low ground, constantly trying to justify itself to potential buyers and donors.

Product marketing is the process that companies engage in BEFORE releasing new goods and services into the marketplace. It is a fundamental precursor that examines the marketplace from a variety of competitive, technological and market positions using extensive research. This is where Apple excels over its computing brethren. The principal of understanding a market to effectively position any kind of offering is a strategic value that all sectors can learn from…

For example, one of the continuing failings of the environmental movement has been its inability to effectively demonstrate or create a need for conservation. In many ways this failure stems from the approach environmentalists take as opposed to the actual scientific evidence. No one wants to be brow-beaten into behavior change.

However, one environmentalist organization, 350.org, has broken through in recent years, moving from a position of guilt to a position of making the cause fun and easy. Most recently, its day of action via work parties successfully created more than 7,000 climate “work parties” with citizens in 188 countries participating. 350’s efforts have made environmentalism approachable while keeping a serious tone about the issue. This is a result of smart engineering before initiating its campaigns. 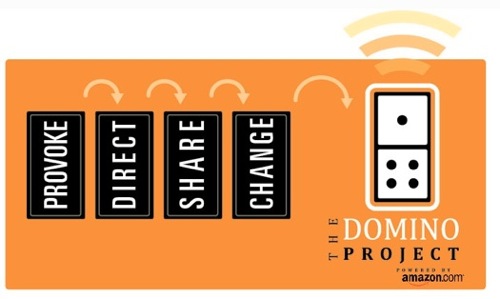 “In strategy also it is important to ‘cross at a ford.’ … knowing your own strong points, ‘cross the ford’ at the advantageous place, as a good captain crosses a sea route… This is how to win in large-scale strategy. The spirit of crossing the ford is necessary in both large and small-scale strategy.” Musashi

Ultimately communications between organizations and their stakeholders is about building bridges and relationships. Because many companies and nonprofits approach their marketing from aggressive positions a gap exists between their organizations and their people. Great communications efforts successfully bridge that gap. Smart organizations understand that they need to cross this gap, that a bridge needs to be built between customers/donors/volunteers to create successful, loyal communities of people that provide support. They foster the ombudsperson role and communicate to fill the gap.

The concept of PR serving as the ombudsman goes back several decades. In this role, the PR person acts as a trusted intermediary between community and people. In more recent years customer service and online community managers have filled this role (while PR devolved in many ways).

An example is the movement to move towards self publishing, a result of the publishing industry creating a massive gap between its market practices, authors and readers. Seth Godin’s Domino Project seeks to bridge that gap by creating a new means of self publishing. It claims to reinvent “what it means to be a publisher, and along the way, spreading ideas that we’re proud to spread… Ideas for our readers, not more readers for our ideas.” You can see how the positioning bridges the gap.

However, like the publishing industry the project only takes very select high quality ideas. One criticism on the author back channel is that the Domino Project selects authors in the same ways that the traditional publishing industry does, specifically seeking out high caliber voices that have marketing reach as opposed to publishing the best ideas. The proof will be in the pudding. If the product doesn’t match the Domino Project’s promise, it may soon find itself regarded as yet another publisher.

4) The Element of Surprise

“Attack in an unsuspected manner, knowing his metre and modulation and the appropriate timing.” Musashi

Boring marketing is just that. Providing the same formulaic approach to a communications effort yields little interest or value to stakeholder communities. This is why the “Mad Men” of Madison Avenue get paid millions of dollars for creative. There needs to be an element of refreshing excitement to a winning campaign, something that makes it feel unique or new.

Last month, Radiohead released a new album, “The King of Limbs” online. The King of Limbs announcement was marked by the release of the album’s first single, “Lotus Flower” on YouTube. But what was surprising abut their approach was not that they again circumnavigated the traditional recording industry, but that they also trumped its traditional release pattern. Radiohead offered the album for sale online a mere three days after announcing it!

This type of short “premarketing” ramp is unheralded, but it worked. The new single has been viewed almost 8 million times. While sales are unknown as Radiohead owns its own distribution system, it’s clear they have paved interest for the new album, which will be physically released in stores this week. 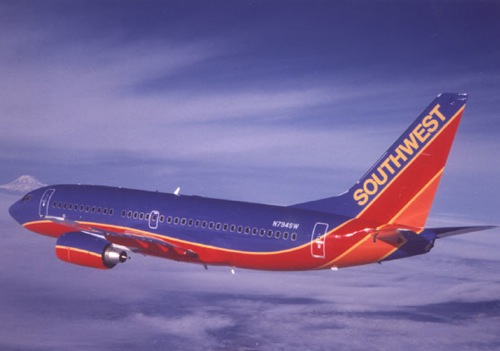 “…if the enemy takes up a rear or side attitude of the long sword so that you cannot see his intention, make a feint attack, and the enemy will show his long sword, thinking he sees your spirit. Benefiting from what you are shown, you can win with certainty.” Musashi

Sometimes we don’t know how a market will react to a new approach or an idea. Product marketing and research aside, there are too many intangibles. That is when it makes the most sense to test the market with an initial foray. This can take the form of focus groups, invite only alpha groups, announcement of intent, etc.

A classic example of this was Southwest Airlines’ decision to blog about seating policy changes. The would-be revised seating would create a business class assigned section. The negative response was overwhelming with seven hundred loyal Southwest customers expressing their disdain on the blog post. They did not want to lose the ability to choose their own seat based on check-in order.

The airline went back to the drawing board and created its now current seating system, A, B and C priority seating. Poles at the gates have groups of five to prioritize by check-in, but now Southwest has tiers of tickets, which allows people to buy priority pole position. A workable compromise was found to meet revenue needs, business customer wants, and appease the existing loyal customer base.

These are just a several of the lessons gleaned from Musashi’s The Fire Book. The next part in the series is The Wind Book.