Cause Competitiveness: Keep Your Eye On The Prize 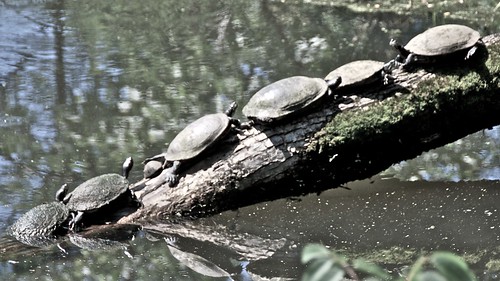 Some would have full on competition, while others would have singular causes or coalitions within each sector. Are either of these right? They both are in a way. Competitive spirit definitely has its place: Finding the fastest, most efficient, most impactful way to resolve the problem the cause addresses.

Non-profits are not in business to make money. They are a business to be sure, but unlike a for-profit, which seeks to dominate markets and yield profits, a cause or social enterprise seeks to provide a solution. When a for-profit business is successful, it keeps its doors open for years and expands and keeps looking for more market share. When a non-profit is successful it should close its doors because its business – or mission – has been completed.

Are you competing just to raise the most money? Competing in the sense that a cause seeks to beat out its competition helps no one. It actually hurts the cause space by creating distractions and wasted resources.

Consider Komen for the Cure’s use of $1 million spent to legally enforce its rights to term “for the Cure.” How does that help anyone resolve health or larger issues? Worse, last year during The Cause Marketing Forum, Komen for the Cure proclaimed that it was their mission to reclaim the pink ribbon from other non-profits in the breast cancer space – organizations that they themselves support with grants! Imagine if that money and energy went towards finding the most innovative way to discover the most impactful solutions in breast cancer?

Competing to be the first to the finish line with the same approach as ten other organizations in your cause space isn’t the right kind of competition either. Wealthy founders and well meaning activists who think they can do it better without any unique theory of change are creating distractions too and just making more choices for donors, often paralyzing them. Yet another voice with nothing new to add creates a longer path to the answer.

For these social entrepreneurs, and for forward thinking non-profits, competition means cooperating with other organizations within the same space when they have to because they have their eye on the prize: an answer to whatever problem they’re trying to solve. That doesn’t necessarily mean sharing resources, but it does acknowledge that everyone is trying to reach the same end goal. Forming coalitions and cause verticals can have great impact if each organization is working on their own piece of the puzzle.

What kind of cause are you? Are you competing to make change or just competing?