Can We Give the Jedi/Ninja Thing a Rest?

“As an Interactive Jedi, I created the Triangle of Relevance as a means of wielding the Force to lure target audiences into my inbound marketing strategy,” Angie Schottmuller.

OK, we get it. The whole social media Jedi/Ninja thing is supposed to make work funner. It was cool when Todd Defren used it to start a social media education series years ago.

Now it’s reached the point of ridicule, and really hurts the sector more than anything. If you think clients — you know, the serious ones that everyone wants — are amused by Jedis and Ninjas selling them social media, think again. On the contrary, they are demanding the latest information on measurement and integration so they can demonstrate ROI to their internal management.

Most serious brand managers are leery of hiring yet another social media expert that 1) takes themselves too seriously, 2) isn’t serious about business, and 3) can’t deliver the results. Telling them you’re a social media jedi or ninja is the fastest way to send them a red flag.

Plus, generally speaking, the entire industry has an image problem thanks to such sophomoric behavior and shoddy performance. Have we forgotten the Telegraph’s now famous, “Time to Ditch the Blood Sucking Social Media Gurus” article, one of many recent discussions questioning the social media sector? 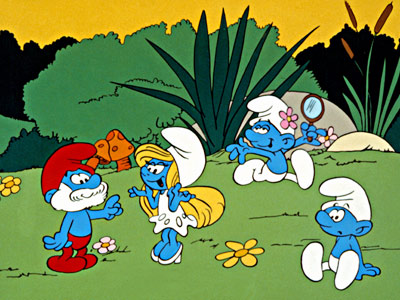 If levity is the answer, then go a step further, and make it truly funny. For example, you could say, “I’m a social media PAPA Smurf. That’s right! I wear the bad ass red hat, suckaz!”

Point being, humor has its place, and making work fun is a good thing. However, the Jedia/Ninja thing should go the way of the social media rock star meme and fade into the night. It’s over-played and doesn’t help.