Who Cares More, Coke or Pepsi? 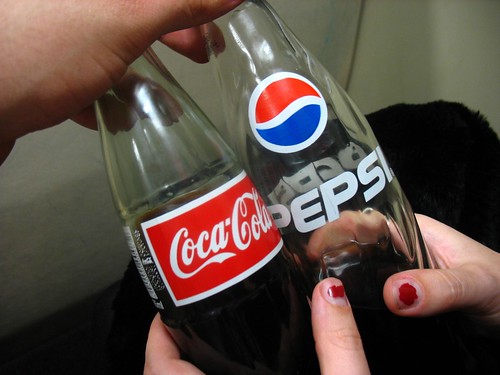 Much has been said about Pepsi’s falling market share and its social media driven Refresh cause marketing effort. Extremists have dubbed Pepsi Refresh as the iconic symbol of failure for social media as a marketing mechanism. Like many conversations about social media, this view is too simplistic. It fails to acknowledge several key issues, including product weaknesses, the fact that PR and advertising were well integrated into the effort, and the debatable use of cause marketing as the primary thrust behind Refresh. Meanwhile primary competitor Coca Cola continues to widen the gap with its marketing and quieter CSR initiatives.

The lack of a tangible theory of change, the over-focus on PR 2.0 participation metrics, and generally a failure to report the results of its community investments, lead one to question the authenticity of Pepsi Refresh. The market has been repeatedly told about the great marketing successes, and in context, there’s a notable under-emphasis on the social good results from Pepsi. On the cause side, nonprofits who have won grants have grumbled about the lack of post-award support from Pepsi.

Because Pepsi Refresh did not have a tangible theory of change, a measurable approach towards social good, one can conclude that these outcomes are natural. They also show a lack of understanding about corporate social responsibility, authenticity and social media. In short, now that the fanfare is over, what good did the company achieve, and how do people feel about their participation in the campaign since the primary reported result is that they posted about Pepsi Refresh?

Social good campaigns only work when people feel the company genuinely cares, and when social media is used that participants feel their contributions have had a societal impact. Pepsi has not successfully communicated either outcome. On the contrary, Pepsi’s approach to reporting Refresh results have been short sighted and undermined some of the good will built with community investments.

In fact, when closely examining Refresh’s “social good” and market leader Coca-Cola’s CSR efforts, one cannot help but question which soda company really cares more? Coke has taken incredible strides in water stewardship, and while it doesn’t market this activity, it actively communicates its strategy to resolve an issue that its products directly impact. It works with environmental partners, and reports back on lessons learned.

Let’s be clear, from a holistic standpoint, Coke’s CSR efforts are not ideal and leave a lot to be desired. They don’t even use many of these efforts to promote themselves, but at least the company works towards tangible end goals. There’s an authenticity to Coke’s efforts that one does not get from Refresh.

In considering corporate social good it seems that quiet authenticity is more effective than fanfare in the long term. The hare loses to the tortoise. The primary reason why is not the method, but the intent and purpose of waging social good. Who do you think cares more, Coke or Pepsi?